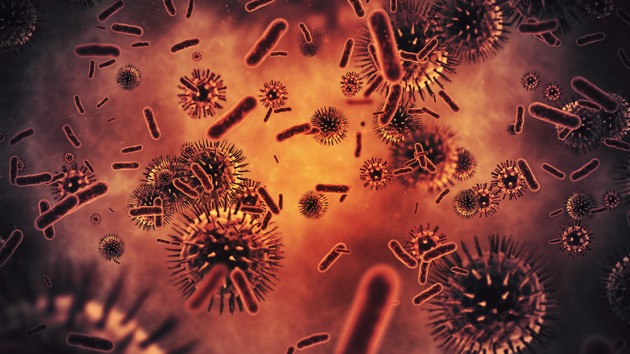 spawns/iStock(NEW YORK) — A child in Idaho contracted the plague last year, leaving many wondering how the plague exists in the 21st century.The disease dates back to the Middle Ages, when it killed millions in a Europe, before the age of antibiotics. At the time, they did not realize the plague was carried by the fleas who lived on rats.Although the idea of the plague sounds dire, another “black death” is not coming. The plague, in spite of its lethal reputation, is not uncommon in the U.S. and it is usually no longer a death sentence.According to the Center for Disease Control and Prevention, the plague was first introduced in the U.S. in 1900 by rat-infested steamships. It is most common in the western U.S.What is the plague?The plague is caused by a bacteria called Yersinia pestis, which is transmitted by fleas. Infected fleas spread the infection to animals, commonly mice, squirrels, prairie dogs and even cats and dogs. Humans get the plague through direct contact with infected animals or fleas.In the U.S., people can contract the plague when disposing of squirrels or mice that died from the infection or traveled to an area where infected animals live. Human-to-human transmission is extremely rare.How common is the plague?Since 2000, the CDC has received reports of one to 17 cases of the plague per year. In 2015, 16 cases of plague were reported and, in 2016, there were only 4 cases.The plague is most prevalent in Africa and is also found in Asia and South America. In 2019, two patients in Beijing, and one patient in Inner Mongolia, were diagnosed with the plague, according to the Chinese Center for Disease Control and Prevention.In the U.S., the areas where the plague is more common include northern New Mexico, northern Arizona, southern Colorado, California, southern Oregon and western Nevada.What are symptoms?The plague can cause three different types of infections.The most common type is the bubonic plague, which represents 80 to 95 percent of cases. The symptoms include fever, chills, weakness, and headache, followed by very painful and swollen lymph nodes, referred to as “buboes.” They usually start two to six days after exposure.When the plague gets into the blood, it can cause the septicemic plague, which represents 10 to 20 percent of cases, and triggers the entire immune system to fall into a dangerous condition called “sepsis.”Much less common is the pneumonic plague, which can occur when a bubonic or septicemic plague is not treated and a person’s lungs become infected. It can also be spread through the air from infected humans or animals and can be fatal.How is it treated?The plague is a very serious illness, but is treatable with antibiotics, usually taken for seven to 14 days. Left untreated, people can still die from the plague.How is it prevented?One of the ways to avoid the plague is to prevent contact with infected fleas by wearing repellent during activities such as camping, hiking, working outdoors.Avoid sick or dead animals and wear gloves when handling or skinning potentially infected animals.Keep pets from running loose in areas where the plague is common, regularly treat pets for fleas and take sick animals to the vet right away.To avoid attracting infected rodents, keep foods in rodent-proof containers.People that may have been exposed to the plague by being within about six feet of a person or animal who has contracted the infection, can also take preventive antibiotics.Copyright © 2019, ABC Audio. All rights reserved.

1st monkeypox case in US this year reported in Massachusetts