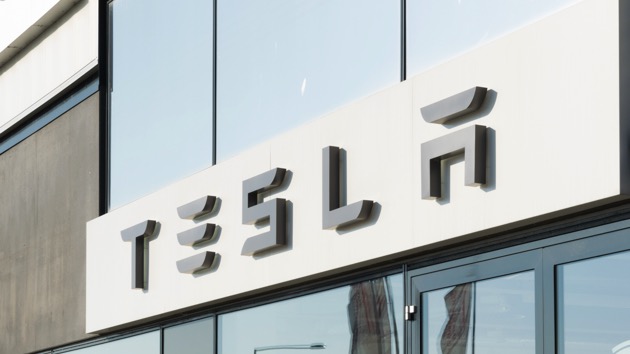 jazz42/iStock(NEW YORK) — Elon Musk explained what went wrong and what he would do differently “next time” after the, supposedly, indestructible windows of Tesla’s new Cybertruck shattered during its debut.While rumors swirled online that it could be a publicity stunt, but Musk confirmed that a fatal combination of a sledgehammer impact followed by a steel ball hurl can in fact cause even “armor glass” windows to break.Responding to a Twitter user, Musk wrote that the windows smashed because the “Sledgehammer impact on door cracked base of glass, which is why steel ball didn’t bounce off.”He continued: “Should have done steel ball on window, *then* sledgehammer the door. Next time …”Musk debuted the company’s first all-electric pickup truck at a grand press event at the Tesla Design Center in Hawthorne, California, on Nov. 21, boasting the truck’s “armor glass” exterior that was supposedly unbreakable and even bulletproof to small arms fire.The CEO then slammed one of the windows with a sledgehammer and didn’t even make a dent.But then, things took a turn when Musk invited Tesla’s chief designer Franz von Holzhausen on stage, asking him, “Could you try to break this glass please?”Von Holzhausen hurled the steel ball at the window and it shattered. He tried again with the rear window and the same thing happened.“Oh my f—— God,” Musk exclaimed onstage. “Well, maybe that was a little too hard.”Despite the broken windows, demand for the Cybertruck so far has shattered some expectations.Musk tweeted Sunday night that the vehicle already has 200,000 preorders, even though it won’t hit the road until late 2021.Copyright © 2019, ABC Audio. All rights reserved.