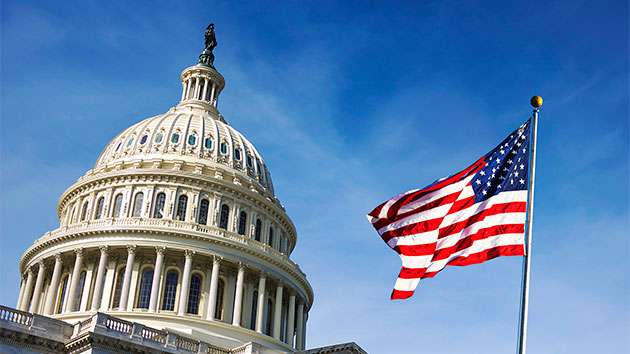 rarrarorro/iStock(WASHINGTON) — The House Judiciary Committee will hold its first impeachment hearing next Wednesday, Dec. 4, Chairman Jerry Nadler announced Tuesday, following two weeks of high-profile impeachment inquiry hearings by the House Intelligence Committee. The Judiciary Committee hearing will include legal experts as witnesses and is titled “The Impeachment Inquiry into President Donald J. Trump: Constitutional Grounds for Presidential Impeachment.”Nadler sent a letter to President Trump, reminding him that he and his lawyers have a right to attend the hearing.”As Chairman Schiff indicated yesterday, the impeachment inquiry is entering into a new phase,” Nadler said in a statement, referring to House Intelligence Committee Chairman Adam Schiff, D-Calif. “. “Our first task is to explore the framework put in place to respond to serious allegations of impeachable misconduct like those against President Trump.”“I have also written to President Trump to remind him that the Committee’s impeachment inquiry rules allow for the President to attend the hearing and for his counsel to question the witness panel. At base, the President has a choice to make: he can take this opportunity to be represented in the impeachment hearings, or he can stop complaining about the process. I hope that he chooses to participate in the inquiry, directly or through counsel, as other Presidents have done before him,” Nadler said.On a background call with reporters, House Judiciary Democratic aides wouldn’t get into whether they expected the House Intelligence Committee to have transmitted its report by then, but emphasized this is a legal hearing that will include evaluating the evidence and the constitutional framework as the committee looks at “high crime and misdemeanors” — one of the phrases included in the Constitution’s Impeachment Clause.There was no immediate response from the White House. Copyright © 2019, ABC Audio. All rights reserved.