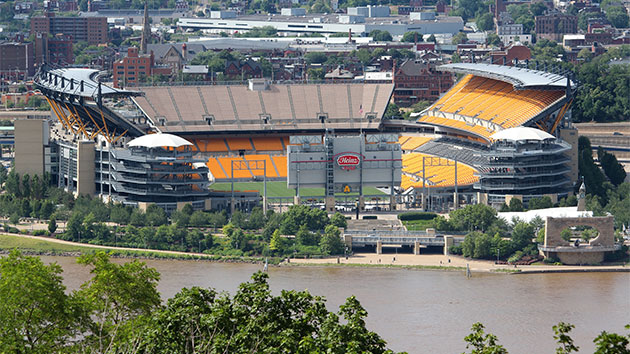 tupungato/iStock(PITTSBURGH) — The Pittsburgh Steelers have named rookie quarterback Devlin Hodges starter for this weekend’s game against AFC North rival Cleveland, according to head coach Mike Tomlin.”We met as a staff, we’ve decided that we’re going to start Duck this week,’ Tomlin said. “The decision is clear for us… I thought he provided us a spark in game. I’m hopeful he is capable of continuing to provide that spark as we step into this stadium.”Hodges came in on the second drive of the second half against Cincinnati in replacement of Mason Rudolph on Sunday.

He led the Steelers to a 3 play touchdown drive, including a 79 yard touchdown pass, in his first series.

The rookie out of Samford finished 5 of 11 for 188 yards and one touchdown in the 16-10 win. Head coach Mike Tomlin says that he is not setting expectations for this game.

“There’s going to be enough pressure on Devlin just peforming, so I’m not going to add to it by talking about expectations,’ says  Tomlin. “I expect him to not kill us.”

Rudolph was replaced after going 8 of 16 for 85 yards and an interception in seven series as quarterback.

Tomlin told the media this move has no bearing on their plans for Rudolph in the future.”It means nothing about our intended plans for the foreseeable future or the trajectory of Mason’s career,” said Tomlin. “We’re just not of that mentality. We’re not in a position to be of that mentality. We’re putting piece’s together on a week by week basis because of the adversity the game presents.”Since replacing an injured Ben Roethlisberger in the second game of the season, Rudolph has thrown for 1,636 yards with 12 touchdowns and 9 interceptions. In the seven game’s Rudolph started and finished, Pittsburgh went 4 and 3. Pittsburgh sits at 6-5 on the season. Copyright © 2019, ABC Audio. All rights reserved.

Brian Flores hired by Pittsburgh Steelers as an assistant coach