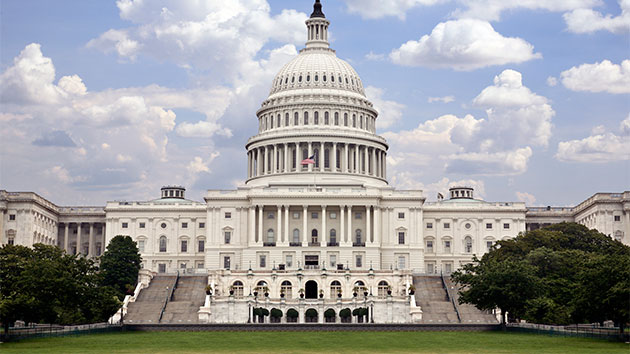 inhauscreative/iStock(WASHINGTON) —  The White House and U.S. Capitol were placed on lock down Tuesday morning after reports of an aircraft in restricted airspace.Two law enforcement sources told ABC News that an inbound aircraft was being tracked and another U.S. official said the aircraft was not believed to be hostile.”The North American Aerospace Defense Command (NORAD) responded to an event in the Special Flight Rules Area (SFRA) surrounding Washington D.C. on November 26th, 2019,” NORAD said in a statement on Tuesday. “NORAD directed U.S. Coast Guard rotary wing aircraft to investigate and the event was resolved without incident.”United States Capitol Police (USCP) said in a statement that the report of a possible aircraft in restricted airspace came in at approximately 8:27 a.m. The lock down was lifted about a half hour later.”In an abundance of caution, the USCP began monitoring the situation for any potential threats, and as a result, access to Capitol Complex buildings was restricted for a short time. At approximately 9:12 a.m., the situation was cleared without incident,” the statement said.It wasn’t immediately clear what happened with the unauthorized aircraft. Copyright © 2019, ABC Audio. All rights reserved.