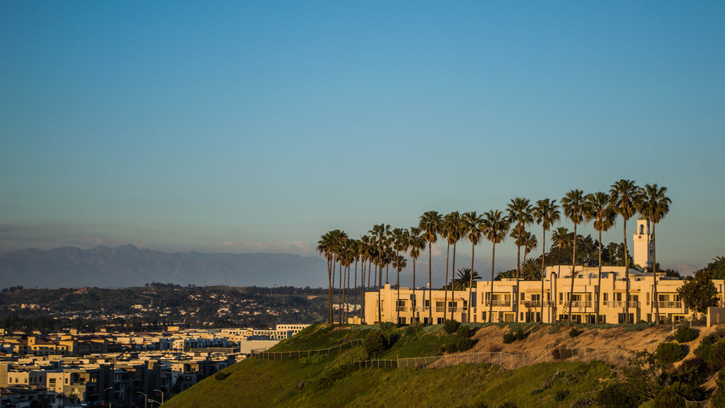 Lisa Bronitt/iStock(WASHINGTON) — The sixth Democratic primary debate, and final one of 2019, will be held at Loyola Marymount University in Los Angeles, and co-hosted by PBS NewsHour and POLITICO, the Democratic National Committee previously announced.On Wednesday, the networks announced that the debate, which will be held on Dec. 19, will be moderated by NewsHour anchor and managing editor Judy Woodruff, POLITICO chief political correspondent Tim Alberta, NewsHour senior national correspondent Amna Nawaz and NewsHour White House correspondent Yamiche Alcindor.It will air live on PBS and will also be livestreamed on PBS NewsHour digital, mobile and connected TV platforms, and on POLITICO’s website and social media platforms.While the debate was previously set to be held at the University of California, Los Angeles, amid ongoing labor disputes between the AFSCME Local 3299, part of the American Federation of State, County and Municipal Employees union and the university, the DNC pulled the university as the location on Nov. 6. The new location was announced on Nov. 8.”In response to concerns raised by the local organized labor community in Los Angeles, we have asked our media partners to seek an alternative site for the December debate. We will be in touch with more information when it is available,” the DNC wrote in an email informing the campaigns.Six candidates have already qualified for the debate, according to an ABC News analysis: Former Vice President Joe Biden, South Bend, Indiana, Mayor Pete Buttigieg, California Sen. Kamala Harris, Minnesota Sen. Amy Klobuchar, Vermont Sen. Bernie Sanders and Massachusetts Sen. Elizabeth Warren.The only candidates to have met the donor threshold who haven’t yet qualified are entrepreneur Andrew Yang and New Jersey Sen. Cory Booker, according to their campaigns.While Yang has made three qualifying polls and needs only one additional poll to join his competitors on stage, Booker has yet to make his way into a single qualifying poll, according to ABC News’ analysis.While he hasn’t reached the donor threshold yet, billionaire businessman Tom Steyer, who has pursued an aggressive and expensive advertising campaign since joining the Democratic primary field in July, has all four qualifying polls he needs, according to ABC News’ analysis.Hawaii Rep. Tulsi Gabbard has three qualifying polls, and is less than 1,000 donors away from reaching the donor threshold, according to a text to supporters sent on Saturday.The DNC previously announced the thresholds candidates will have to meet in order to qualify for the debate. The remaining 18 candidates vying for the nomination will have to reach an even higher mark than they do for the fifth debate on Nov. 20 in Georgia.Like the September, October and November debates, candidates will have to meet two thresholds — a grassroots fundraising threshold and polling threshold — to secure a spot on stage in Los Angeles.In order to meet that fundraising threshold, candidates must have at least 200,000 unique donors, and a minimum of 800 individual donors per state in at least 20 states. This is a significant increase from the November debate’s 165,000 unique donor and 600 individual donors per state threshold.Candidates have two ways to meet the polling threshold to qualify for the sixth debate. They can meet the polling threshold by getting at least 4% support — an increase from 3% support to qualify for November’s debate — in four national polls or polls out of Iowa, New Hampshire, Nevada and/or South Carolina. The polls must be conducted by an organization on a list of approved sponsors from the DNC, including the Associated Press; ABC News/Washington Post; CBS News/YouGov; CNN; Des Moines Register; Fox News; Monmouth University; National Public Radio; NBC News/Wall Street Journal; NBC News/Marist; New York Times; Quinnipiac University; University of New Hampshire; USA Today/Suffolk University and Winthrop University.In order to count as a qualifying poll, the polls must be sponsored by different organizations, or if they are sponsored by the same organization, they must be covering different geographical areas.The second way to reach the polling threshold is by getting at least 6% support — an increase from 5% support to qualify for November’s debate — in two early state polls. The same list of sponsors applies, but candidates can have two qualifying polls from the same organization and/or from the same geographical area.The polls must be released between Oct. 16 and 11:59 p.m. on Dec. 12 in order to count.Candidates also have until 11:59 p.m. on Dec. 12 to hit the donor threshold, according to the DNC.