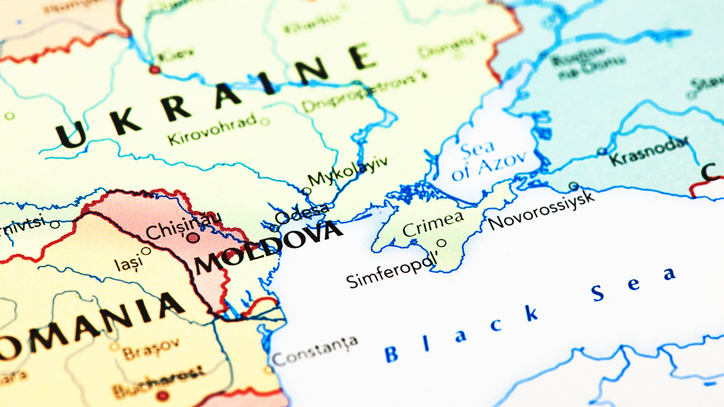 200mm/iStock(NEW YORK) — Apple is drawing international condemnation for changing some of its devices to now recognize Crimea as a territory of Russia in local apps, five years after the illegal annexation of the land from Ukraine.Crimea and the city of Sevastopol are now identified as part of the Russian Federation on Apple’s Maps and Weather apps, according to a statement from the Federation Assembly of the Russian Federation’s State of Duma. Russia invaded the long-disputed region of Crimea — in southern Ukraine on the strategically important Black Sea — in 2014.An Apple representative “informed the Chairman of the Committee that inaccuracy in displaying the Republic of Crimea and the city of Sevastopol as the territory of the Russian Federation in the Maps and Weather apps on Apple devices were finally removed,” the statement said.Vasilii Piskarev, the chairman of Russia’s committee on security and corruption control, met with an Apple representative on Wednesday, according to the statement.”Vasilii Piskarev noted that Apple fulfilled its obligations and brought the applications on its devices in compliance with the requirements of the Russian legislation,” the statement added.The redrawn borders appear to only have taken effect in Russia’s app store. The BBC reported that it tested several iPhones in Moscow, and that the changes affect devices set up to use Russia’s edition of Apple’s app store.The move was still met with widespread condemnation by the Ukrainian and international community.Vadym Prystaiko, the minister for Foreign Affairs of Ukraine, called on Apple to “please, please stick to high-tech and entertainment. Global politics is not your strong side,” in a tweet Wednesday.In a follow up tweet, Prystaiko compared the map changes to having a “piece of your heart stolen by your worst enemy” and someone else not caring “about your pain.”Ukraine’s embassy in the U.S. also tweeted in response to the news, “We guess Ukrainians not giving any thanks to @Apple this #Thanksgiving!””So let’s all remind Apple that #CrimeaIsUkraine and it is under Russian occupation — not its sovereignty,” the tweet added.Apple did not immediately respond to ABC News’ request for comment Wednesday and has not publicly commented on the move.In March, to mark the five-year anniversary of the land grab, the European Union and NATO each put out statements condemning the illegal annexation and expressing support for Ukraine.”We strongly condemn this act, which we do not and will not recognise,” NATO said in its statement. “We call on Russia to return control of Crimea to Ukraine. We reiterate our full support for Ukraine’s sovereignty and territorial integrity within its internationally recognised borders and territorial waters. Crimea is the territory of Ukraine.”Earlier this year, Apple was accused by critics of bowing to pressure in China when it removed a police-tracking app from the App Store amidst protests in Hong Kong. Apple defended its decision in a statement saying it has learned that the app “has been used in ways that endanger law enforcement and residents in Hong Kong.”