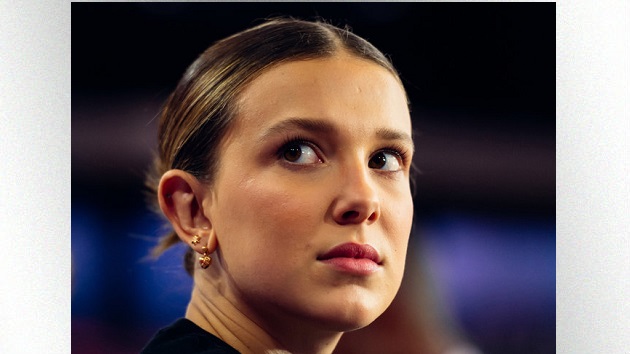 Nathan Congleton/NBC(NEW YORK) — Stranger Things star Millie Bobby Brown is off to collect what is possibly her biggest paycheck yet — over six million dollars for starring in Enola Holmes, a movie due out sometime next year.  However, that $6.1 million salary that’s just her base pay.  Her minor’s contract is chock full of other monetary perks.

TMZ reports the 15-year-old will play Sherlock Holmes’ genius little sister, who embarks on her own career as a private detective.  The movie also stars Henry Cavill as Sherlock, Sam Claflin as Mycroft, and Helena Bonham Carter as Mrs. Holmes.

With a star-studded cast and already major buzz surrounding the film, the studio threw an extra bonus into Millie’s contract.  Should the movie go on to become a box office success, she’ll collect an extra $800k.

Plus, to add even more dollar signs, should the movie get the green light for a sequel, her pay will bump up to $7.5 million.

Lastly, Brown will earn an additional $500k for her producer credit for Enola Holmes.

While not a cash bonus, the Emmy Award nominated actress also scored an equally exciting perk — a private jet that will fly her to work.

Millie most recently starred in Godzilla: King of the Monsters, her feature film debut, which earned $385.9 million during its box office run.