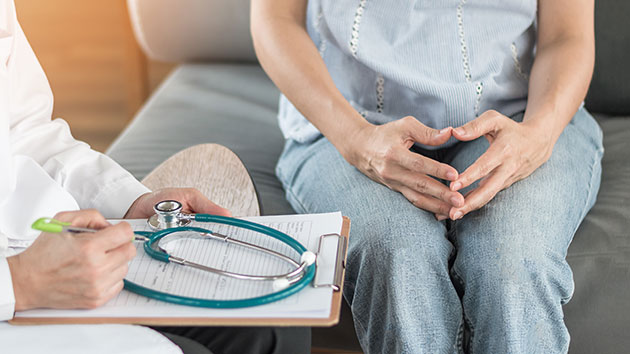 iStock(NEW  YORK) — New York City, once the at heart of the nation’s deadly AIDS crisis, recently announced that the number of new HIV cases fell to a record low in 2018 by utilizing a strategy some health care experts believe could help bring the disease below epidemic levels if implemented nationwide.City health officials said 1,917 people were newly diagnosed with HIV in New York City in 2018, representing an 11% drop from 2017 and a 67% decrease from 2001 when the city first began tracking the figures, according to the 2018 HIV Surveillance Annual Report.”New York City can end the epidemic if we continue to fight against the stigma, bias and discrimination that continue to be significant drivers of HIV, particularly among Black and Latino men who have sex with men,” New York City Health Commissioner Dr. Oxiris Barbot said in a statement last week following the report’s release. “We take a data-driven, sex-positive approach to HIV prevention that is firmly grounded in equity — and we are proving that it works.”Researchers said NYC’s success is the result of a three-part plan implemented by the city, which stresses the importance of identifying, tracking and treating residents infected with the virus. The plan relies heavily on the use of PrEP — or pre-exposure prophylaxis, which prevents those exposed to the virus from contracting it — and antiretroviral drugs, which suppress HIV to untransmittable levels. Of people receiving HIV medical care in 2018, 87% were virally suppressed, according to the city.New York City was also the first U.S. city to utilize the so-called 90-90-90 strategy, a concept coined by the Joint United Nations Program, Dr. James Hildreth, an HIV researcher, told ABC News.Researchers with the Joint United Nations Program on HIV and AIDS declared that it would be possible to end the global AIDS epidemic by identifying 90% of the infected population, getting 90% of those individuals on treatment and achieving a 90% viral suppression within the treated individuals.”The key, of course, is identifying the infected persons and getting them into care,” Hildreth told ABC News. “Unlike what we thought would be necessary, that is a vaccine, this is ending the epidemic through the drugs that are available to treat HIV.””There’s a type of a paradox because, at one point, our most fervent hope for ending the epidemic was through a vaccine, but that’s proven to be extremely challenging,” he added.New York City Mayor Bill de Blasio enacted the NYC Ending the Epidemic Plan in 2015 with a goal to reduce the number of new HIV diagnoses to fewer than 600 by the end of 2020.The plan included a $23 million annual investment to increase access to HIV treatment and prevention services, including PrEP. The funding is also used to enhance methods for tracing HIV transmission and support initiatives that focus on communities disproportionately affected by HIV.Driving this work is a commitment to racial equity and social justice to dismantle the underlying racism and identity-based stigmas that drive HIV-related health inequities.City officials called the 2018 figures a major achievement, but some said the city couldn’t claim full success until it sees decreases among people from all demographics. New HIV diagnoses fell among men and women; among black, Latino, white, Native and Asian residents across all five boroughs. The decreases were most steep in men who have sex with men, people between the ages of 20 and 29, and those with a history of using injection drugs.Transgender people, and men who both have sex with men and use needles, were the only demographics that saw increases.”These data show the power of our dynamic, forward-thinking approach to ending the epidemic, and what we can achieve when community and government come together to prioritize science over stigma and sex-positivity over shame,” Dr. Oni Blackstock, assistant commissioner for the New York City Health Department’s Bureau of HIV, said in a statement. “But there is still work to do. Until we see equitable progress among New Yorkers from all walks of life, we must double down on our efforts to fight the institutional racism, sexism, homophobia, transphobia, and other forms of stigma that put people at greater risk of HIV infection and, for people with HIV, put care and treatment further out of reach. We cannot end the epidemic among New Yorkers without ending the epidemic among all New Yorkers.”Copyright © 2019, ABC Radio. All rights reserved.

Evolution is on omicron subvariants’ side