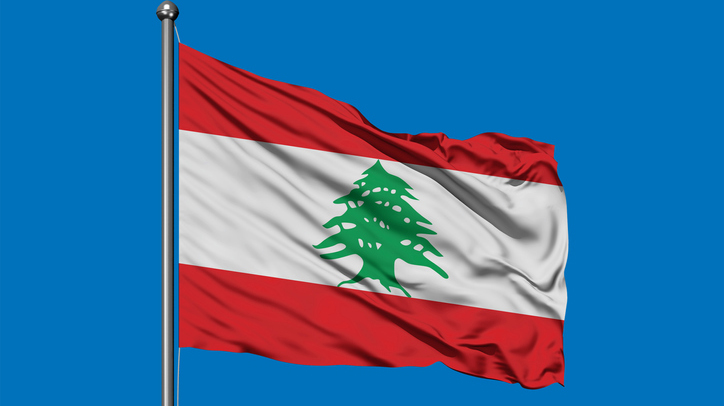 sezer ozger/iStock(WASHINGTON) — The White House has held up U.S. security assistance to Lebanon for months now, prompting increasingly urgent questions from Congress and the Lebanese government.At least one U.S. senator, fresh from a visit to Beirut, is now condemning the decision and comparing it to the hold on aid to Ukraine that is at the heart of the House impeachment inquiry.The Lebanese Armed Forces, or LAF, is the country’s multi-sectarian military that enjoys strong national popularity and a key U.S. partner in the country. A senior State Department official said last Thursday they are the “most capable and credible institution in Lebanon.”But since at least June, the White House and its Office of Management and Budget has blocked $105 million worth of security assistance, passed by Congress and signed by the president, from reaching the LAF, including military vehicles, weapons and ammunition.It comes at a critical time for Lebanon, after weeks of sporadic protests against government corruption and a lack of economic opportunities — increasingly challenged by counter demonstrations that threaten to bring the country back to chaos and even civil war.”Just like w[ith] the Ukraine aid, Trump has given Congress no reason for the funding hold,” Democratic Sen. Chris Murphy tweeted Tuesday, as he traveled back to the U.S. “As stopping Ukraine aid helped Russia, here the hold empowers Iran to step into the vacuum. And it could lead to the collapse of the country which would be a national security disaster.”Murphy added, “The bottom line is simple: (1) in a way this is Ukraine again – it’s not legal for Trump to hold funding that Congress authorized; (2) whatever his reason, defunding the Lebanese military does the exact opposite of our policy goals, and signals another abandonment of a key ally.”There’s no allegation that President Donald Trump stands to benefit from the hold politically, but his administration has refused to explain it.Secretary of State Mike Pompeo declined to answer questions on this during a press briefing Tuesday, but the top U.S. diplomat for the Middle East told reporters that the hold is “still working its way through the bureaucratic process.””There’s a review, and it’s ongoing,” said David Schenker, the assistant secretary for near eastern affairs, adding he expected a resolution “very, very shortly,” but couldn’t say when.Schenker declined to discuss any reasons for the review, calling the deliberations “classified” and “internal.”But David Hale, the under secretary for political affairs and a former U.S. ambassador to Lebanon, testified publicly before the House Intelligence Committee last week that even he has not heard any explanation from the White House or OMB on why the aid is being withheld.In his closed door deposition on Nov. 6, Hale said there was “a dispute over the efficacy of the assistance,” but his full response is redacted.There is speculation that it may be related to Hezbollah’s powerful role in Lebanese government — part of what Schenker described as a “gloves off” approach to Lebanon, a complicated U.S. partner in the region. But the Trump administration has made no secret of its effort to isolate and sanction Hezbollah because of its ties to Iran, even sanctioning Lebanese government ministers that are part of its political wing.More to the point, the terror group has the least influence in the LAF, and any pullback of U.S. assistance could undermine them.”Cutting off LAF funding is the dumbest thing we could do if we are trying to weaken Hezbollah,” Murphy tweeted, adding that Hezbollah is more likely to take over due to the withholding of aid.Schenker told reporters that no equipment or weapons have been delayed in delivery to the LAF, and there was “some time” before the hold would affect deliveries.The senior State Department official implied that the department supports the assistance and is waiting to turn it back on, saying last Thursday they are “ready to release the [aid] for LAF, so once we get the green light, we go on that.”During Hale’s testimony, House Republicans tried to use the hold on Lebanese aid to say the hold on Ukraine aid was not unusual, but Hale told Texas GOP Rep. John Ratcliffe, “It is not the normal way that we function.”