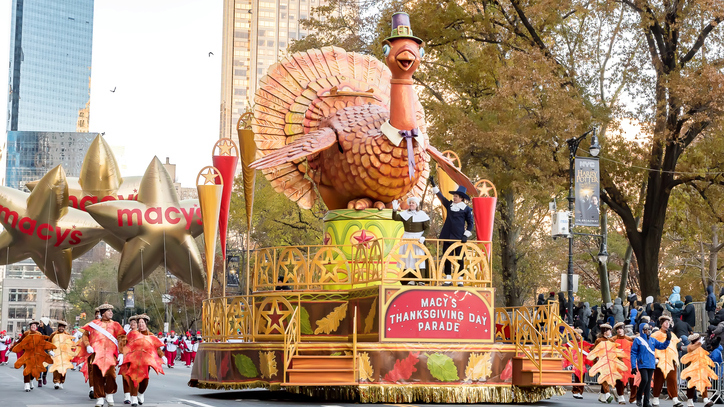 webpay/iStock(NEW YORK) — Like any pilot, Astronaut Snoopy had to watch the weather on his flight but he and nearly all of the other giant character balloons flew in the 93rd Macy’s Thanksgiving Day Parade.One balloon — Ronald McDonald — did not make it after suffering a tear in his left leg and gradually deflating.Macy’s said in a statement that some of the balloons, including Ronald McDonald, suffered stress and tears during the overnight inflation.The fate of the balloons was uncertain in the days leading up to the holiday, as officials worried that sustained winds would exceed 23 mph or wind gusts would be stronger than 34 mph.At full height, the balloons were able to fly at 55 feet. They could have been lowered to 10 feet if the winds were too strong. Balloon handlers and a specially trained NYPD sergeant were on hand during the parade to monitor wind gusts and determine the safest course, respectively.Three smaller balloons and an art balloon designed by artist Yayoi Kusama did not leave the staging area, according to Macy’s.However, the retail giant said the parade “once again brought the nation incredible entertainment kicking off the holiday season with a grand spectacle.”Before the parade, officials expected all the balloons to fly, with some flying higher than others. For example, SpongeBob, being the largest, was a different consideration than one of the smaller balloons.Olaf’s flying height, at more than 5 feet tall, was also at risk.Bad weather has only kept the Macy’s balloons from flying once — in 1971.Yet dangerous winds have wreaked havoc on the parade, when the balloons did fly. In 1997, the Cat in the Hat balloon knocked down a light pole and four people were injured.This year, thousands of police officers were on duty for the parade on Manhattan’s Upper West Side, despite the absence of a credible threat.