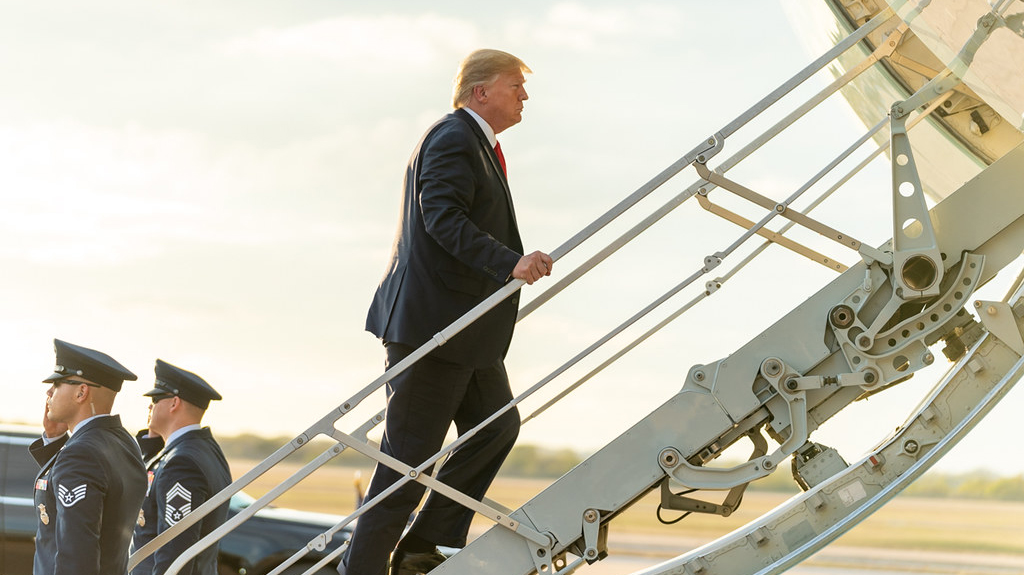 Official White House Photo by Shealah Craighead(WASHINGTON) — President Donald Trump made a surprise visit to Afghanistan this Thanksgiving to address American troops in what is his first trip to the country.He visited troops at Bagram Air Field to thank the men and women for their service, calling them “courageous American warriors.””I just want to say that we thank god for your help and all of the things that you’ve done. You’re very special people and you don’t even know how much the people of our country love and respect you,” President Trump said in his remarks.President Trump landed in Afghanistan at 11:03 a.m. (EST) after a 13 hour secret overnight flight out of an undisclosed airport in Florida.He is travelling along with acting White House Chief of Staff Mick Mulvaney, White House Press Secretary Stephanie Grisham, National Security Advisor Robert O’Brien, and Sen. John Barrasso, (R-Wyo).First Lady Melania Trump stayed behind in Florida.Last year, the president stayed in the U.S. for Thanksgiving and spoke with troops in Afghanistan on the phone while at his Mar-a-Lago resort in Florida.After expressing gratitude for their service, he took time to criticize the appeals court that blocked his administration’s efforts to deny migrants if they seek asylum after entering from outside formal points of entry.Trump also traveled to a nearby U.S. Coast Guard station and delivered lunches.In 2016, the president also stayed in Florida and spoke with troops in Afghanistan, Iraq, Turkey and Bahrain and aboard the USS Monterey on a video call.