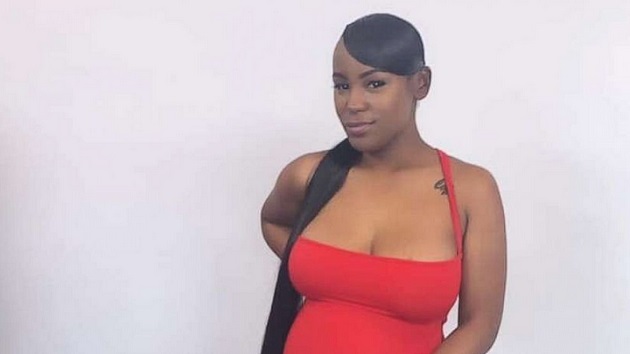 Courtesy Cleo Strickland(DETROIT) — A family in Detroit spent Thanksgiving Day mourning not one but two children shot and killed this year. Paris Strickland was sitting behind the wheel of a 2016 Chevy Malibu near the intersection of Fenkell Avenue and Artesian Street with a 26-year-old man when shots were fired into the car on Tuesday evening, police said.The 24-year-old woman died after suffering multiple gunshot wounds, according to a preliminary report from the Detroit Police Department.”That was my baby,” Malcolm Strickland told ABC News over the phone on Thursday. “I’m feeling really terrible right now.”The circumstances surrounding the shooting are still being investigated, police said, but Malcolm Strickland said it was a drive-by shooting and his daughter, who was six months pregnant, wasn’t the intended target.The man that was in the car with Paris Strickland was taken to a local hospital and last listed in stable condition, police said.Malcolm Strickland said he was looking forward to seeing his youngest child become a first-time mother, and she was excited about starting a new job with General Motors on Monday.”That’s what our last conversation was about, her starting the new job. She worked for the city of Detroit as a bus driver … she didn’t deserve this,” Malcolm Strickland said.Paris Strickland was expecting to have a son, her family confirmed to ABC News.”She was such a good kid, hardworking and was so funny,” said Malcolm Strickland, who chuckled at a recent Facebook post his daughter made about only wanting to have ham on Thanksgiving.Malcolm Strickland and his wife want the person responsible for their daughter’s murder to get arrested and prosecuted just like their son’s alleged killer.The Strickland family lost 28-year-old Channing Strickland to gun violence on March 2, 2019.”It’s a shame that the same thing that happened with her brother happened to her,” Malcolm Strickland said. “I go to every court appearance. I want to make sure he gets exactly what he deserve. … I will do the same for Paris when they catch whoever did this to her.”Last August, the Stricklands were devastated when their granddaughter, Autumn Young, was tragically killed in a go-kart accident.The 4-year-old died after her father, Ollante Arvell Young, was drunkenly driving the one-seated vehicle and crashed into a parked car. Young pleaded guilty and was sentenced earlier this year to three to 10 years in prison, prosecutors said.Detroit police are asking if anyone has any information pertaining to Paris Strickland’s case to please call 313-596-2660 or Crime Stoppers at 1-800-SPEAK-UP. Editor’s Note: This story has been updated to correct the date that Channing Strickland was killed.Copyright © 2019, ABC Radio. All rights reserved.