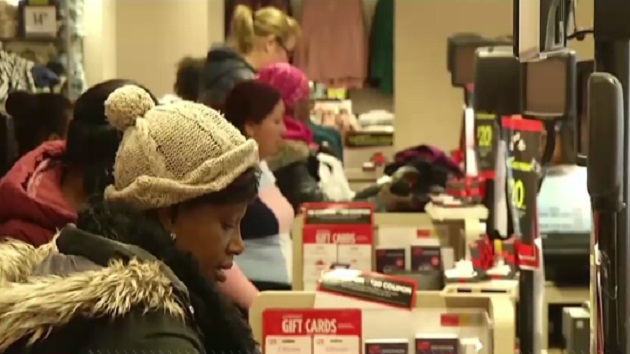 ABC News(NEW YORK) — Small businesses are expected to draw big crowds for their holiday weekend shopping deals. Since beginning in 2010, Small Business Saturday has brought in a total of $103 billion, according to the National Federation of Independent Businesses (NFIB).The numbers of Small Business Saturday shoppers has, for the most part, grown over the years. Last year, a total of 104 million people hit local stores and the sales were a record-high at $17.8 billion, according to NFIB.The event was launched by American Express and is an effort to help communities and their businesses thrive.Small business owners say the event does help out in terms of boosting their clientele and sales: 92% said the day helps their business stand out during the holiday shopping season, while 74% said the benefits of participating includes bringing in more customers, NFIB reported. Consumers also look forward to the event — 96% reported that shopping on Small Business Saturday made them want to shop small all year round, according to NFIBHoliday shopping kicked off on Thanksgiving Day and continued throughout Black Friday and over the weekend.Online deals will culminate at the end of the holiday weekend with Cyber Monday.Copyright © 2019, ABC Audio. All rights reserved.