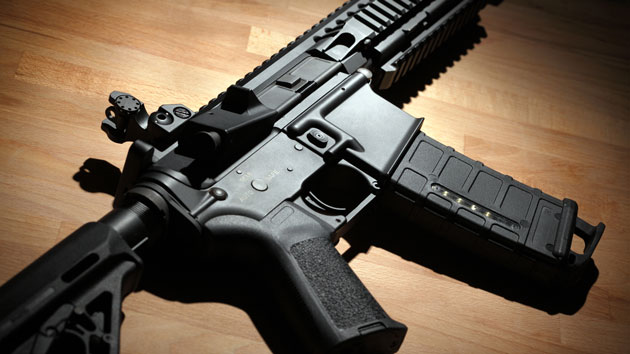 iStock(GAS CITY, Ind.) — A 19-year-old Indiana woman — described by her pastor as a “bubbly young lady who had a bright future” — was fatally shot when a 22-year-old friend riding in the backseat of her car accidentally discharged an AR-15 style assault rifle, according to police.Annalysa McMillan, who graduated from high school in June, was killed just five days after she celebrated her birthday.Police said the tragedy unfolded on Tuesday afternoon as McMillan was driving with three friends in Marion, about 85 miles northeast of Indianapolis, Deputy Chief Stephen Dorsey of the Marion Police Department said in a statement.Dorsey said officers responded about 5:52 p.m. to what they initially believed was a minor traffic accident. Officers found McMillan unresponsive and quickly discovered she had been shot in the back, Dorsey said.McMillan, of nearby Gas City, was taken to Marion General Hospital, where she died.”During the investigation it was discovered that one round from an AR-15 style rifle had been discharged from inside the vehicle, prior to the crash, striking the driver,” according to a police statement.Austin Smith, 22, was riding in McMillan’s car, seated behind the driver’s seat when the .223-caliber rifle he was holding went off, police said. A bullet penetrated the driver’s seat and hit McMillan in the back, causing her to crash, according to police.Two other teenagers, a 19-year-old and an 18-year-old, were also riding in the car when the gun went off, police said. They were not injured.Smith was arrested on suspicion of criminal recklessness with a deadly weapon and reckless homicide. He was being held on Sunday at the Grant County Jail on $1,005 bond, according to jail records.It’s unclear whether Smith has an attorney.”The last text that she sent to her stepfather was that she loved him and, those things are glued to hold tight when everything is trying to blow you apart,” Rev. Mark Atkinson, McMillan’s pastor at the Eastview Wesleyan Church in Gas City told WXIN-TV in Indianapolis.A visitation service was scheduled to be held for McMillan on Sunday afternoon at a funeral home in Gas City. Her funeral is expected to be held on Monday.”She was an encouraging, bubbly young lady who had a bright future and was heading in the right direction,” Atkinson told WXIN. “Annalysa’s heavenly father picked her out of her car and took her home. She’s woke up at home.”Copyright © 2019, ABC Audio. All rights reserved.