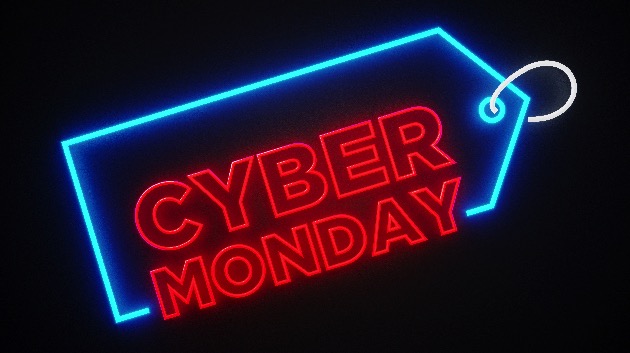 MicroStockHub/iStock(NEW YORK) — Cyber Monday is already on track to be the largest online shopping day in the U.S., with e-commerce spending already reaching $473 million.After wintry weather hit huge swaths of the U.S. on Black Friday and through the weekend, more customers seemed to turn to online shopping this year. States that had more than 2 inches of snow saw a 7 percent increase in online sales, according to data from Adobe Analytics.As of Monday morning, online sales reached a whopping $437 million, and are on track to hit $9.4 billion, according to the Adobe data.”Just look at Black Friday, which brought in $7.4 billion online and is just below last year’s Cyber Monday at $7.9 billion,” Taylor Schreiner, the principal analyst and head of Adobe Digital Insights said in a statement. “Consumers are reimagining what it means to shop during the holidays, with smartphones having a breakout season as well. We expect that consumers will spend $14 billion more this holiday season via their phones.”On Black Friday, an estimated 42 percent of all e-commerce sales were made on a smartphone, according to the data. Moreover, 61 percent of all visits to online retailers on Friday were coming from a smartphone device.Cyber Monday brings some of the year’s biggest discounts on toys, TVs and computers, with deals averaging around 20 percent off. If you’re seeking furniture or bedding, the Adobe data recommends waiting for the deals on Giving Tuesday.Black Friday this year racked in a record $5.4 billion in online spending, which means consumers spent an average of $5.3 million per minute in online purchases that day, according to Adobe data.This holiday season, consumers are on track to hit a total of $143.7 billion in total online spending between November and December.Copyright © 2019, ABC Audio. All rights reserved.