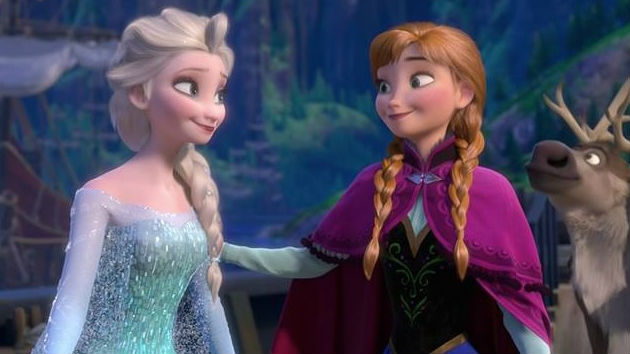 Walt Disney Studios(NEW YORK) — Disney’s Frozen 2 served up a couple of Thanksgiving weekend box office records, delivering estimated grosses of $85.2 million over the three-day and $123.7 million for the five-day, respectively.  On top of that, the CGI-animated feature has now grossed over $287 million in its first 10 days of release, trailing Incredibles 2 by just under $63 million over the same 10-day period.  Frozen 2 is now the 17th highest grossing animated film ever.

Overseas, the film added an estimated $163.8 million over the three-day weekend, for a total of $451 million, and has already topped its predecessor in several countries, including China.  Its worldwide tally now stands at $738.6 million.  Disney is the parent company of ABC News.

The weekend’s two new releases also have a reason to be thankful.  Rian Johnson’s whodunnit, Knives Out — starring Daniel Craig, Chris Evans, Michael Shannon, Jamie Lee Curtis, Toni Collette, Christopher Plummer and Don Johnson — posted the 16th largest five-day Thanksgiving opening ever.  It topped expectations, with an estimated $27 million over the three-day and $41.7 million over the five-day for a second place finish.

Queen & Slim, the romantic thriller from Lena Waithe, starring Get Out’s Daniel Kaluuya and newcomer Jodie Turner-Smith, also opened strong, rounding out the top five with an estimated $11.7 million for the three-day weekend and $15.8 over the five-day.