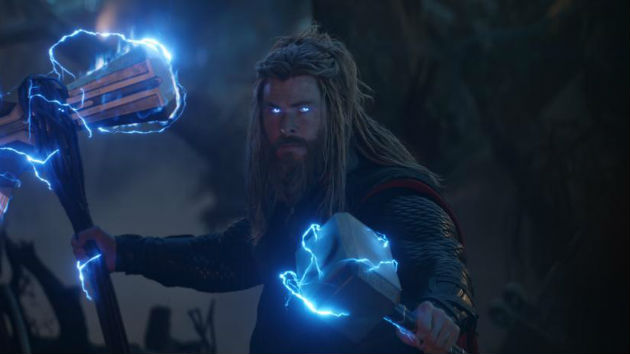 Marvel Studios(AUSTRALIA) — Many stars swipe mementos from their time on set, and unfortunately for Chris Hemsworth’s wife Elsa Pataky, his many Mjolnirs are no exception: she says their home is lousy with Thor’s hammers.

The Spanish actress tells the Australian radio show Fitzy & Wippa that Hemsworth has stolen a different hammer for each time he’s played the God of Thunder in the Marvel Cinematic Universe.  He’s got five by now, and she’s lamenting they’re running out of room to show off his prized props.  “Yes, he always picks the best places in the house,” says Pataky.  Like the middle of the dining room table, one of the hosts added, quoting Hemsworth, to which Pataky says with a laugh, “I’m like, ‘It’s not going there. We have five of them…like, seriously, no."”

Not just that, but since Avengers: Infinity War, Thor also acquired Stormbreaker, a massive magical axe, which means the Hemsworths have that underfoot, too.