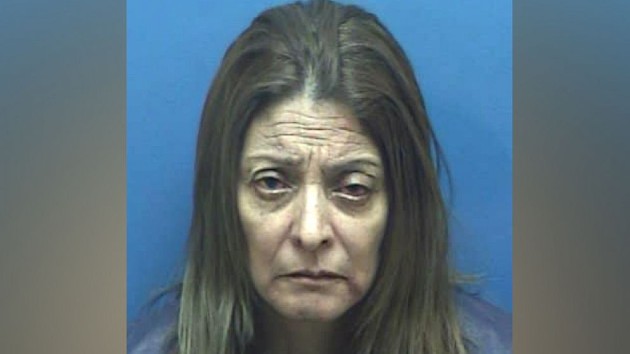 Santa Paula Police Department(SANTA PAULA, Calif.) — Firefighters in California made an alarming discovery after responding to a fire at a home. While attempting to put out a blaze at a home in Santa Paula, firefighters found a 3-year-old boy alone in a bedroom with a plastic bag over his head and his hands tied, according to a press release from the Santa Paula Police Department.A woman was also found tied to a bed in the home, according to police.

Both were discovered after police received a 911 call about the fire at around 6:10 p.m. on Sunday.Authorities said the two were rescued and taken to the Santa Paula Hospital for smoke inhalation treatment. Yet the investigation took a turn when the boy’s mother, 47-year-old Maricela Magana Ruiz, was arrested for allegedly putting the bag over the 3-year-old’s head and tying him up. Police said they determined she purposely endangered the boy. Ruiz was booked into the Ventura County Jail for felony child endangerment, police said. Her bail was set at $50,000. A motive was not known, but Police Chief Matthew Rodriguez told KTLA-TV that detectives are looking into the possibility that it’s related to a domestic dispute over child custody.It was not immediately clear if the woman tied to the bed was Ruiz or if the fire was intentionally set. Police did not immediately respond to ABC News’ request for comment. Copyright © 2019, ABC Audio. All rights reserved.

88-year-old woman was gardening when attacked, killed by alligator