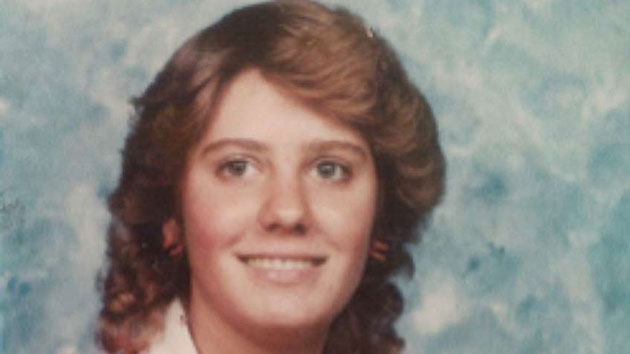 Salisbury Police(SALISBURY, N.C.) — Decades after a teenage girl was stabbed to death at her grandparents’ home, DNA and genetic genealogy have been used to identify her suspected killer — a man dead for years.On June 15, 1984, the body of 15-year-old Reesa Trexler was found nude in a bedroom at her grandparents’ house in North Carolina, Salisbury Police Sgt. Travis Shulenberger said at a news conference on Tuesday.Trexler had been stabbed multiple times, and her spinal cord was severed, Shulenberger said.Semen from her unknown killer was recovered from her body, Shulenberger said, but the case went unsolved for decades.In 2018, Trexler’s sister went on the “Dr. Phil” show, which “sparked new interest in the case,” Shulenberger said.Salisbury police detectives and state investigators conducted interviews, reviewed evidence, collected DNA samples and worked with crime labs to try to solve the case, Shulenberger said.This year, it was the use of genetic genealogy that cracked the case.Genetic genealogy compares unknown DNA evidence from a crime scene to public databases, which are populated by the DNA of family members who voluntarily upload their own.Genetic genealogy has been called a “game-changer” in cracking cold cases. Since the arrest of the suspected “Golden State Killer” in April 2018, about 100 suspects have been identified through the technology, according to Parabon NanoLabs Chief Genetic Genealogist CeCe Moore, who worked on the Trexler case.But as law enforcement agencies across the country ramp up the use of genetic genealogy, some are concerned the tool is an invasion of privacy to those who voluntarily submit their DNA to databases for family ancestry purposes.When the DNA from the semen left on Trexler’s body was uploaded to a public genetic database, Parabon genealogists reverse-engineered the suspect’s family tree to determine possible suspects, police said.Authorities narrowed down the family members to determine their suspect, who was in his 40s at the time of the crime.The suspect, who was not named, died in 2007, said police.With a court order, investigators exhumed the suspect’s body and determined that his DNA matched the suspect’s semen from the crime scene.”Fortunately, DNA science has come a long way since 1984,” North Carolina Attorney General Josh Stein said at Tuesday’s news conference, calling it “a powerful tool.”Police previously had speculated Trexler’s killer was a family member, but the suspect, who had a criminal history including assault with a deadly weapon, was not related and had no connection to the Trexler family, Shulenberger said. Police did not immediately explain why they declined to name the deceased suspect.Police now consider the case closed. No charges are expected.”Nothing is going to bring Reesa back,” Shulenberger said, “but we have some closure to the case now.”Copyright © 2019, ABC Audio. All rights reserved.