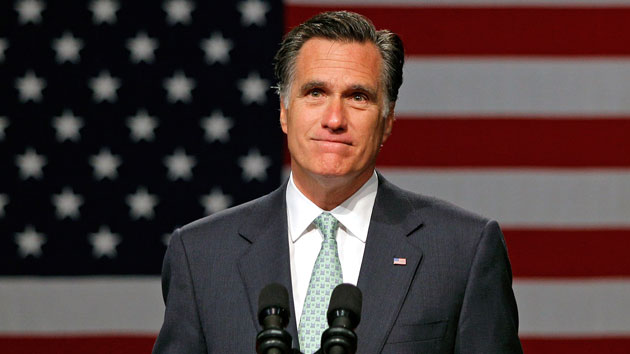 Bill Pugliano/Getty Images(WASHINGTON) — Sen. Mitt Romney of Utah again broke ranks with fellow Republicans and said, based on testimony he’s heard from various American officials, he doesn’t believe there’s evidence to suggest Ukraine meddled in the 2016 U.S. elections.”I saw no evidence from our intelligence community, nor from our representatives today from the Department of State, that there is any evidence of any kind that suggests Ukraine interfered in our elections,” Romney said on Tuesday. “We have ample evidence that Russia interfered in our elections.”His comments come after the No. 3 State Department official, Undersecretary of State for Political Affairs David Hale, told the Senate Foreign Relations Committee he wasn’t aware of Ukraine meddling in 2016.”Are you aware of any evidence that Ukraine interfered in the 2016 U.S. election?” the top Democrat on the committee, Sen. Bob Menendez of New Jersey, asked Hale during a committee hearing Tuesday.”I am not,” Hale replied.Many Republicans, in both the House and the Senate, have continued to peddle the widely debunked theory that Ukraine did interfere in 2016, despite the intelligence community’s clear assessment Russia was responsible.At the Kremlin’s direction, Russian intelligence services waged a pro-Trump disinformation campaign on social media and secretly stole tens of thousands of private emails from the Democratic National Committee, the U.S. intelligence community concluded.The White House’s former top Russia expert, Fiona Hill, who testified before the House Intelligence Committee last month as part of the House impeachment inquiry, also said the theory that Ukraine interfered in 2016 is “a fictional narrative that is being perpetrated and propagated by the Russian security services themselves.”GOP Sen. John Kennedy notably tripled down on Monday, telling reporters he believes Ukraine meddled in the election — based on what he’s read in the paper.”I think both Russia and Ukraine meddled in the 2016 election,” Kennedy said, holding up articles from the Financial Times, the Economist and The Hill. “I don’t think this is fake news. I think these pieces were all well-researched, and it is clear to me that Ukraine did meddle in the U.S. election.”‘Romney, on Tuesday, pushed back against Kennedy’s assertions, cautioning Republican colleagues to be wary of conspiracy theories.”We have to adhere to the facts presented to us by our intelligence community,” Romney said. “I know some people will look at newspaper accounts and say, ‘Gee, this is what I read in the newspaper,’ but you know not every article is exactly accurate, and sometimes your articles are being promoted by an intelligence source that is trying to push a narrative that that is not in our interest.”Senate Majority Leader Mitch McConnell demurred when asked if he believed Ukraine meddled in the 2016 election.”The intelligence committees have the ability to look at any of these suggestions,” McConnell said during a press conference Tuesday.The Senate Intelligence Committee looked into the allegations and found no evidence of Ukraine meddling.”The Senate Intelligence Committee spent years looking into this. The conclusions were unanimous that Russia interfered in our 2016 elections,” Sen. Mark Warner, D-Va., the committee’s top Democrat, said Monday.”Thank goodness, at least, Mr. Trump’s own intelligence and law enforcement appointees recognize this threat, have validated this threat and are actively trying to pursue countermeasures against Russia,” Warner added. “I just wish all of us would get on the same page and recognize that threat still exists, and we have to be united.”Even the president’s top Republican ally in the Senate, Lindsey Graham, said Tuesday he’s seen no evidence suggesting election interference by Ukraine.”I have no knowledge that the Ukraine did anything to interfere with our elections other than the press reports,” Graham told reporters, “and to suggest that we know that, I think, would be a stretch, because I don’t think anybody does.”Copyright © 2019, ABC Audio. All rights reserved.