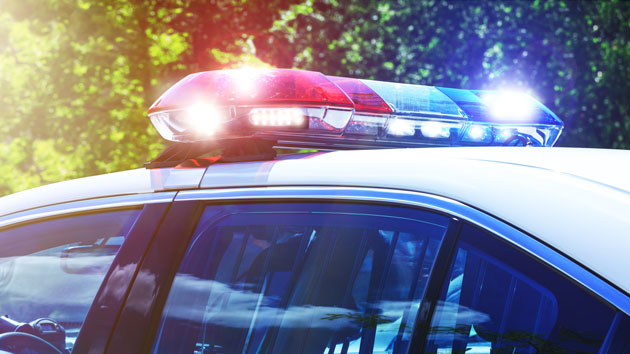 iStock(DALLAS) — A national law enforcement group has bestowed an award on the brother of a man who was killed in a 2018 wrong-apartment shooting by former Dallas police Officer Amber Guyger, whom he hugged and forgave in an extraordinary act of mercy before she was sent to prison for murder.The Institute of Law Enforcement Administration gave 18-year-old Brandt Jean, the brother of Botham Jean, its 2019 Ethical Courage Award during a ceremony Tuesday morning at the organization’s offices in Plano, Texas.Jean and his family, who hail from the eastern Caribbean island of St. Lucia, were on hand to accept the award from one of the country’s leading learning centers for law enforcement executives, managers and supervisors.”Despite an unimaginable loss, he saw the humanity in the person responsible for his brother’s death,” Gregory Smith, director of the Institute of Law Enforcement Administration, said in a statement. “He saw her pain and regret, and had the ability to show empathy, caring and forgiveness.”Guyger was sentenced to 10 years in prison earlier this year after a jury found her guilty in the Sept. 6, 2018, fatal shooting of the 26-year-old Jean, a church-going accountant. Guyger is appealing the case.During her trial, Guyger, 31, testified that she mistook Botham Jean’s apartment for her own and shot him when she entered the unlatched front door, saying she thought he was an intruder who planned on killing her.At Guyger’s Oct. 2, sentencing hearing, Brandt Jean took the witness stand and spoke directly to Guyger, saying that he forgave her and that “I know if you go to God and ask him, he will forgive you.””I love you just like anyone else and I’m not going to hope you rot and die,” Brandt Jean told Guyger. “I personally want the best for you. I wasn’t going to say this in front of my family, I don’t even want you to go to jail. I want the best for you because I know that’s exactly what Botham would want for you. Give your life to Christ. I think giving your life to Christ is the best thing Botham would want for you.”He then asked Judge Tammy Kemp, who presided over Guyger’s trial, if he could hug Guyger, a request the judge granted.Brandt Jean stepped off the witness stand and met Guyger in front of the judge’s bench and embraced her as Guyger broke into tears.In a subsequent interview on ABC’s “Good Morning America,” Brandt Jean spoke out for the first time about the moment that shocked the nation and spurred a national conversation on forgiveness.”This is what you have to do to set yourself free. I didn’t really plan on living the rest of my life hating this woman,” he said. “I know that there’s something called peace of mind and that’s the type of stuff you need to do to have peace of mind. That is why I wake up happy in the morning. That is why I want to live happy later on in my life.”Copyright © 2019, ABC Audio. All rights reserved.