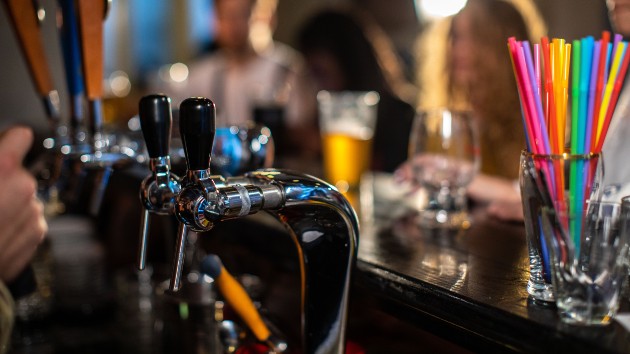 miodrag ignjatovic/iStock(CHICAGO) — A second woman came forward on Monday, claiming she was drugged and raped after visiting a Chicago bar where security guards were recently accused of standing by as another woman was sexually assaulted.Liz Capra said she was sexually assaulted after having a drink at Chicago’s El Hefe bar in 2014. She said she blacked out after having one drink there and found herself pounding on her front door when she gained consciousness later. “All of my credit cards were stolen, my phone was stolen, they were used for thousands of dollars. The next thing I remember is running home to my house, which was over 4 miles away,” Capra told reporters on Monday.Capra said she filed a police report and her family took her to a hospital, where a rape kit and a toxicology screening confirmed she had been drugged and sexually assaulted. She filed a lawsuit against the bar on Monday, accusing it of negligence and willful and wanton conduct after seeing surveillance footage of another woman being assaulted there.No arrests have been made in either case.”I’m coming forward now, after seeing the video of Jane Doe, absolutely horrified by what happened to her,” Capra said. “I know it wasn’t an isolated incident, and I know that it’s happened to other women, and I can’t sit back and live with myself knowing that I’m not doing anything to stop it.”The other alleged victim, who is being represented by the same law firm as Capra, has not been named publicly.Capra said she developed a severe case of anxiety and became afraid to socialize in public spaces after she was allegedly assaulted.”I never feel safe anymore the same way I used to. I used to be young and free. … That was taken from me, and I can’t ever get that back,” she said. “It really changed my personality of who I am and what I do.””There was years where I was looking over my shoulder every time I pulled into my alley, wondering are they here, because they know where I live,” she added.El Hefe did not immediately respond to ABC News’ request for comment, but a spokesperson for its parent company, 15 Hubbard LLC, told Chicago ABC station WLS-TV that it was working closely with the Chicago Police Department to investigate the claims.”Any instances involving crimes of violence, sexual or otherwise … are abhorrent. We will work with law enforcement,” the company said in a statement. Copyright © 2019, ABC Audio. All rights reserved.