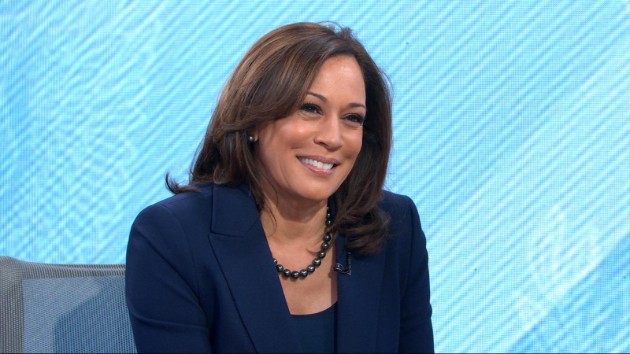 ABC News(New York) — Sen. Kamala Harris has announced that she is ending her presidential bid, according to a senior campaign aideA video is coming shortly from the campaign.The senator’s announcement comes after her campaign drastically cut her staff in October, funneling most of her campaign’s resources toward working on a strong victory in Iowa and leaving other early voting states such as New Hampshire and South Carolina with minimal staffing and funding.“I’m moving to Iowa,” the senator joked at rallies, as she vowed to campaign in the state each week.Harris entered the race January 2019 speaking before a crowd of 20,000 people, one of the largest in the 2020 cycle. The senator’s presidential hopes were amplified by a sudden boost of support after a breakthrough moment during the first Democratic presidential debate. On the debate stage, Harris challenged former Vice President Joe Biden on his past stances on busing policies.”There was a little girl in California who was part of the second class to integrate her public schools and she was bused to school every day. That little girl was me,” Harris said.On the campaign trail, Harris’ record as district attorney of San Francisco and later attorney general of California, became a frequent area of criticism from her fellow presidential contenders.Senator Kamala Harris has announced that she is ending her presidential bid.As a presidential candidate, Harris team sought to highlight her efforts as a progressive prosecutor who championed criminal justice reform and held the powerful accountable. In stump speeches across the country, Harris made a pitch to voters about why she was best poised to “prosecute the case against four more years of Donald Trump.”Harris popularity rose in part because of her harsh questioning of Trump cabinet nominees such as Supreme Court Justice Brett Kavanaugh. It was those same skills her team tried to highlight as the House impeachment inquiry into President Trump got underway.As she plateaued in the polls in the single digits.Copyright © 2019, ABC Audio. All rights reserved.