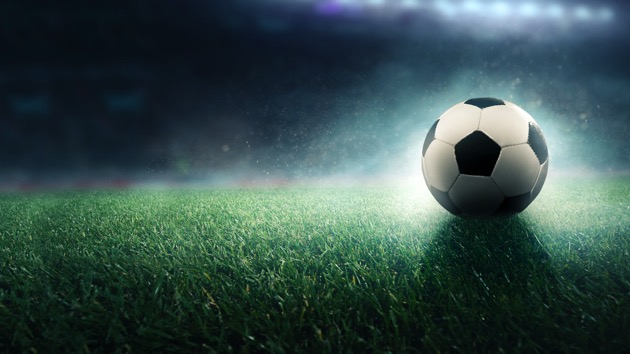 Marcus Millo/iStock(PARIS) — U.S. soccer star Megan Rapinoe took home yet another award, winning the Women’s Ballon d’Or as soccer’s women player of the year.Rapinoe, 34, was not present in Paris to accept the award Monday. She instead delivered a recorded message, calling the win “incredible” and saying, “I can’t believe I’m the one winning in this field.”The World Cup-winning soccer star also took to Instagram to share a powerful message about being part of a team, one that goes beyond even her fellow players on the field.”The TEAM shook the world, and continues to. Yes the 23 players on the field, yes the coaching staff, and extended staff for the team, but the TEAM I’m talking about goes far beyond those who are lucky enough to wear the crest,” Rapinoe wrote. “The TEAM is our family, friends, girlfriends and boyfriends, wives and husbands.””The TEAM is the thousands of fans who cheered for a team that asked them to care more about just the game of soccer, more than just themselves, more than just people who looked like them, more than just winning,” she wrote. “For that, I am forever grateful. I think this World Cup win, and all the subsequent wins, both personal and team, feel so special because for the first time in a long time, it feels like WE ALL WON.””And while I am truly honored to win @francefootball Ballon D’Or, I’d like to accept this on behalf of us ALL. WE DESERVE THIS,” Rapinoe concluded, adding a special thanks to her family, including her longtime girlfriend WNBA star Sue Bird.Rapinoe co-captained the U.S. Women’s National Team (USWNT) that won their second consecutive and fourth overall World Cup title this summer.She was named Best FIFA Women’s Player 2019 in September and earned the World Cup’s Golden Boot as the tournament’s top scorer and the Golden Ball as the top player.Rapinoe also stood out this past year for her role in high-profile issues that played out off the field.She was a leader in the U.S. team’s fight for equal pay from the U.S. Soccer Federation, telling “Good Morning America” in August, “We won’t accept anything less than equal pay. We show up for a game, if we win the game if we lose the game if we tie the game, we want to be paid equally, period.”Rapinoe also took on President Donald Trump, saying she wouldn’t visit the “[expletive] White House” if the U.S. won the World Cup. Her comments prompted Trump to write about her on Twitter, tweeting, “Megan should win first before she talks!”Shortly after that tweet, Rapinoe and the U.S. women won the World Cup, and did not visit the White House.Rapinoe, who went viral during the World Cup with a confidence-invoking pose, also scored a book deal this year to write about her life and her activism.She used her acceptance speech at the Best FIFA Football Awards 2019 in Milan as a call to action to her fellow pro soccer players.”We have a unique opportunity in football different to any other sport in the world to use this beautiful game to actually change the world for better,” she said. “That’s my charge to everyone.”Copyright © 2019, ABC Audio. All rights reserved.