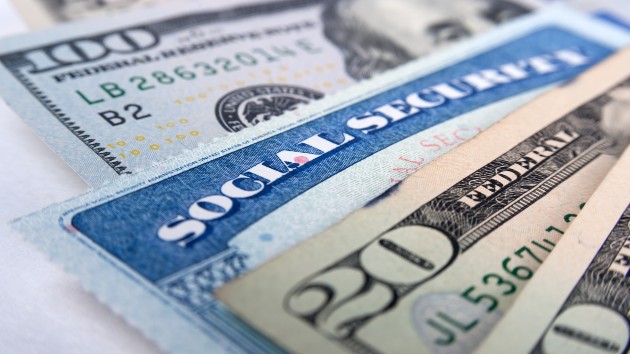 GetUpStudio/iStock(CHICAGO) — A former Chicago police commander who pleaded guilty to stealing more than $360,000 in Social Security payments intended for his dead mother managed to avoid jail time at sentencing on Tuesday.Kenneth Johnson, a 32-year veteran of the force who led the Englewood patrol district his last two years on the force, was sentenced to two years probation and ordered to serve six months of community confinement after pleading guilty to theft of government funds earlier this year.Federal prosecutors had requested that he be sentenced to 18 to 24 months in prison.The sentencing came just a day after Chicago Mayor Lori Lightfoot fired the city’s police superintendent over what she referred to as “ethical lapses” and “flawed decision-making.”Johnson, who often was lauded by the city for reductions in homicides and shootings in his district, retired abruptly in 2018 after it was discovered he’d been collecting monthly Social Security payments intended for his mother, who died in 1994 at age 72.The Social Security Administration said it was never notified of her death, which is why it continued to deposit her monthly Social Security benefits into a joint bank account she shared with her son, prosecutors said.The scheme came to light when investigators noticed that Johnson’s mother hadn’t used Medicare benefits in 2017, when she would have been 96. The Social Security Administration mailed a letter to Johnson’s mother at her last known address, requesting that she contact the agency in order to confirm her continued eligibility for benefits, which were ended when there was no response.”This was not a crime of necessity or desperation. Nor was it an isolated incident or a momentary lapse in judgment,” prosecutors wrote in a memo late last month. “The only reason Johnson’s theft came to an end in 2017 was because one of the Social Security Administration’s program integrity initiatives prompted the agency to confirm whether Johnson’s mother was still alive. Otherwise, Johnson simply would have continued stealing from Social Security.”Johnson withdrew funds from the account in an ATM at his police station, prosecutors said.”Withdrawing crime proceeds at the police station he oversaw as the district commander reflects a troubling lack of respect for the law and a cavalier attitude about the nature and seriousness of his criminal conduct,” the memo said.Prosecutors said Johnson spent all but 59 cents of the stolen funds.In handing down Johnson’s sentence, U.S. District Judge Manish Shah called his actions “infuriating” and questioned why he never thought to come forward and accept the consequences for his crimes, according to the Chicago Tribune.”How many times (as a police commander) did you plead with people to come forward and accept responsibly for something?” Shah said. “Yet all that while, there was a crime being committed that you knew all about, and you did nothing to stop it.”Copyright © 2019, ABC Audio. All rights reserved.