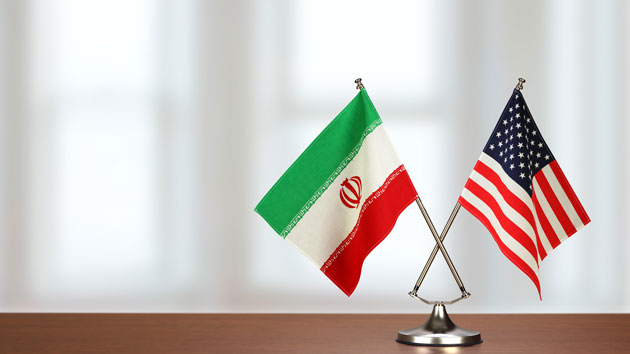 iStock(WASHINGTON) — The U.S. military seized a “cache of weapons and advanced missile components” believed to be of Iranian origin in the northern Arabian Sea, the Pentagon said on Wednesday.The small vessel carrying the weapons, referred to as a dhow, was believed to be headed to Yemen, a U.S. official told ABC News, where the missile parts would likely support Iranian-backed Houthi rebels. The dhow carried dissembled part for anti-ship cruise missiles, land attack cruise missiles, air defense missiles and anti-tank missiles, the official said.”On November 25th, a U.S. warship conducted a flag verification boarding in the Arabian sea in accordance with international law of what was subsequently determined to be a stateless vessel, and discovered a cache of weapons and advanced missile components,” said Pentagon spokesperson Cmdr. Sean Robertson in a statement. “An initial investigation indicates that these advanced missile components are of Iranian origin. A more thorough investigation is underway.”The USS Forrest Sherman, a Navy destroyer, interdicted the dhow early last week in the northern Arabian Sea, and a U.S. Coast Guard boarding party seized the guided-missile parts, a second U.S. official said.The dhow’s crew was held aboard the U.S. destroyer while the missile components were transferred aboard the ship, that official said. The crew has already been released and given to Yemeni authorities, the first official said, but it’s unclear where the dhow and crew were transferred.On Wednesday morning, a top Pentagon official said that the U.S. continues to see “indications” that Iranian aggression could occur. That warning came one day after CNN reported that “fresh intelligence” showed there is a “potential Iranian threat against U.S. forces and interests in the Middle East,” as evidenced by the movement of Iranian forces and weapons in the region.”We also continue to see indications, and for obvious reasons I won’t go into the details, that potential Iranian aggression could occur,” Under Secretary of Defense for Policy John Rood told a small group of reporters.Rood said that in the aftermath of Iranian attacks over the summer — attacks which targeted commercial ships, a Saudi oil facility and a U.S. drone — the U.S. moved about 14,000 additional U.S. troops into the Middle East and “stepped up messaging” to Iran in order to discourage further attacks.”Watch this space,” he said. “I think we’re going to be dynamic in our deployments, in our response and how we message. In private, you should know we’ve sent very clear and blunt signals to the Iranian government about the potential consequences of aggression.”The USS Abraham Lincoln carrier group was one of the U.S. assets rushed to the Middle East in May to deter what at the time appeared to be imminent threats to U.S. interests and forces in the region from Iran.The carrier transited the Strait of Hormuz out of the Persian Gulf on Wednesday, after spending almost two weeks there. While in the Persian Gulf, the Lincoln made a port call in Bahrain, the first port visit during its Middle East deployment that is expected to come to an end soon with the expected arrival of the USS Harry S. Truman.Copyright © 2019, ABC Audio. All rights reserved.