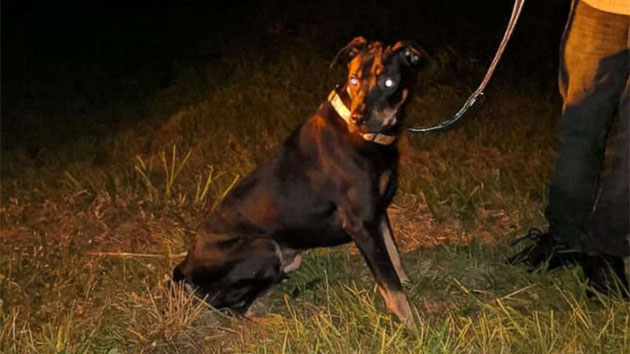 Martin County Sheriffs Office(INDIANTOWN, Ind.) —  A woman and her dog were saved in a “heroic rescue” after she crashed her car into a body of water in Florida, officials said.The woman, whom police did not identify, was pulled from the sinking vehicle after a sergeant with the Martin County Sheriff’s Office punched out her window, according to a statement from the sheriff’s office.Officials said she crashed into a “dark murky” body of water in Indiantown on Tuesday.Officers jumped back into the water after the woman said her dog was still in the car.Thankfully, police said, they also were able to rescue the dog, which wasn’t injured.The woman was taken to a local hospital for observation.The Martin County Sheriff’s Office described the rescue as “an amazing job.”Copyright © 2019, ABC Audio. All rights reserved.