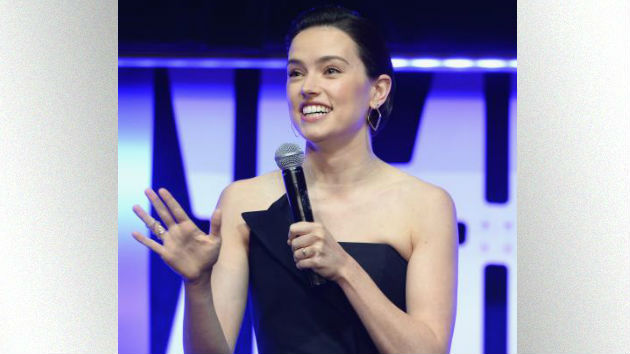 Disney(LONDON) — While taking selfies with fans seems part and parcel of modern-day fame, Star Wars: The Rise of Skywalker star Daisy Ridley isn’t having it.

In a Radio Times interview excerpted by the Times of London, she says, “I usually say: “I’m really sorry — not today.”

She explained, “I’m not a big photo taker, and I don’t want everyone to immediately know where I am. I know people share [their selfies] immediately, so I’m very aware of privacy in that way,” she added.

Ridley will make an exception for her younger fans, however. “With kids, they’re not going to put it up somewhere straightaway,” she notes.

Ridley, who famously left social media behind years ago for her own mental health following online harassment, tells the Radio Times she sometimes feels the need to “hide away at home.” She cited as an example having tickets to a Cirque du Soleil show, but staying home instead.

“I was like, ‘Even though people aren’t going to look at me, if anyone does, I’m not in the right frame of mind to deal with that.’ So I didn’t go. It’s a shame, but sometimes you have to listen to what your body is telling you.”

Back in June, Ridley explained to BuzzFeed News that she “cut off” social media “like a Skywalker limb,” adding, “Selena Gomez, she put it better than I did…It’s dangerous.”Ridley added of the technology, “It’s great in that respect for people who are in serious and dire situations to be able to be communicating, but for the most part I think” ‘No, no, no."”