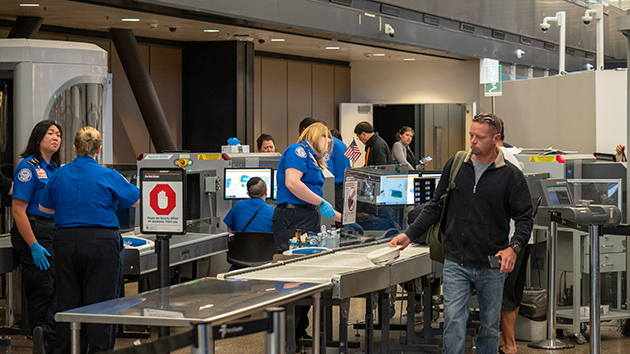 David Tran/iStock(NEW YORK) — U.S. Customs and Border Protection announced Thursday it no longer plans to move forward with a facial recognition program that would conduct a mandatory scan of all U.S. citizens arriving or departing the country at airports and ports of entry, reversing course on a Trump administration plan.Customs currently permits U.S. citizens to voluntarily opt-in for the photographs. But a proposal published by the Office of Information and Regulatory affairs stipulates that “all travelers, including U.S. citizens, may be required to be photographed upon entry and/or departure.””There are no current plans to require U.S. citizens to provide photographs upon entry and exit from the United States,” a Customs and Border Protection spokesman said in a statement. “CBP intends to have the planned regulatory action regarding U.S. citizens removed from the unified agenda next time it is published.”CBP says they initially considered including U.S. citizens in their biometric entry-exit program due to the logistical challenges of having separate entry processes for U.S. citizens and foreign nationals at airports nationwide.But after significant pushback from the American Civil Liberties Union and members of Congress, the CBP reversed course to allow U.S. citizens to continue to voluntarily participate in the biometric entry-exit program.Earlier this year, U.S. Customs officials announced that the photos of roughly 100,000 travelers were hacked as part of a “malicious cyber-attack” on a federal contractor.The reversal won praise from Sen. Edward Markey, D-Mass., who led a bipartisan effort in Congress along with Sen. Mike Lee, R-Utah, to stop mandatory facial scanning.“This is a victory for every single American traveler who flies on a plane, and a reminder that the we must remain vigilant protectors of our right to privacy,” Markey said. “Thanks to swift and public pressure, Homeland Security is reversing course and not moving forward with its dystopian facial recognition proposal at U.S. airports.”Copyright © 2019, ABC Audio. All rights reserved.