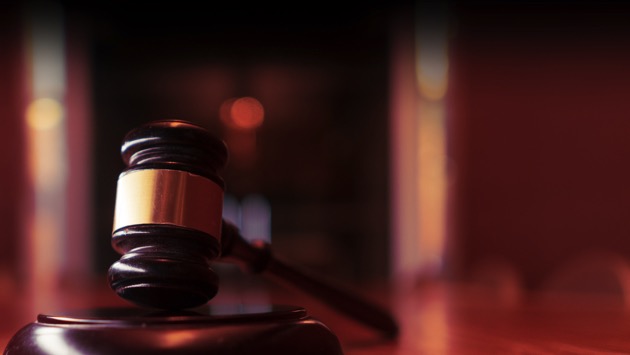 BCFC/iStock(POLK COUNTY, Fla.) — George Zimmerman, the Sanford, Florida, neighborhood watch volunteer who was acquitted for the murder of Trayvon Martin in 2012, and his lawyer have filed a $100 million lawsuit against prosecutors, Martin’s family, their attorney and a book publisher for allegations that one of the trial’s key witnesses was “an imposter.”Zimmerman’s civil attorney Larry Klayman filed the multi-million lawsuit in Polk County Circuit Court in Florida.Klayman alleges in the 36-page lawsuit that Martin’s parents Sybrina Ford and Tracy Martin as well as their attorney Ben Crump falsely inserted Rachel Jeantel into the case after the Sanford Police Department closed the investigation in March 2012 as “self-defense.”The lawsuit claims then 18-year-old Jeantel was “an imposter and fake witness” and the catalyst to get Zimmerman arrested and charged with the murder of Trayvon Martin. Zimmerman was cleared of all charges after the weeks-long televised trial.”Defendants, each and every one of them, as individuals and through their employment and agencies, have worked in concert to deprive Zimmerman of his constitutional and other related legal rights,” according to the lawsuit.Trayvon Martin was walking back to his father’s house on Feb. 26, 2012, after purchasing Skittles and a beverage from a nearby 7-Eleven. The now 36-year-old Zimmerman, who is half white and Hispanic, testified at the murder trial that he was suspicious of 17-year-old Martin, who was walking in the Twin Lakes community wearing a hoodie and talking on a cellphone. Trayvon Martin was unarmed.Klayman, who founded the nonprofit watchdog organization Judicial Watch, alleges that Jeantel’s half-sister Brittany Diamond Eugene was actually on the phone during the deadly encounter and later “coached” Jeantel on how to testify, according to the lawsuit. He said these allegations partly stem from newly discovered evidence in the upcoming film “The Trayvon Hoax: Unmasking the Witness Fraud that Divided America” from director Joel Gilbert.Crump responded to the lawsuit in a statement, saying, “This tale defies all logic, and it’s time to close the door on these baseless imaginings. This plaintiff continues to display a callous disregard for everyone but himself, revictimizing individuals whose lives were shattered by his own misguided actions. He would have us believe that he is the innocent victim of a deep conspiracy, despite the complete lack of any credible evidence to support his outlandish claims.”He added, “I have every confidence that this unfounded and reckless lawsuit will be revealed for what it is – another failed attempt to defend the indefensible and a shameless attempt to profit off the lives and grief of others.”Other named defendants in the lawsuit include Eugene, current and former Florida prosecutors Bernie de la Rionda, John Guy, Angela Corey, The State of Florida and Florida Department of Law Enforcement (FDLE). Klayman alleges that all parties “either have known about or should have known about the witness fraud, obstructed justice, or lied repeatedly under oath in order to cover up their knowledge of the witness fraud.”HarperCollins Publishers LLC. was also named as a defendant for publishing Crump’s book in October 2019 with defamatory claims against Zimmerman, according to the lawsuit.FDLE has not been served the lawsuit, a spokesperson told ABC News. Request for comment from the other defendants were not immediately returned.The Florida Bar criticized Klayman for posting the lawsuit on his website without redacting the addresses of the defendants and other charges, according to the complaint obtained by ABC News. Klayman has not returned ABC News’ request for comment.Since Zimmerman’s acquittal, he has attempted to sell the gun he used to kill Trayvon Martin, sold confederate artwork to raise money for a supposed “Muslim free gun store” and pleaded no contest for threatening and harassing a private investigator who reached out to him to see if he would participate in a film about the 2012 shooting.Trayvon Martin’s mother, Sybrina Fulton, became a prominent member of the Black Lives Matter movement in the wake of her son’s death and has said that her son’s memory lives on as part of the movement along with several unarmed black people who were killed by law enforcement.Copyright © 2019, ABC Audio. All rights reserved.