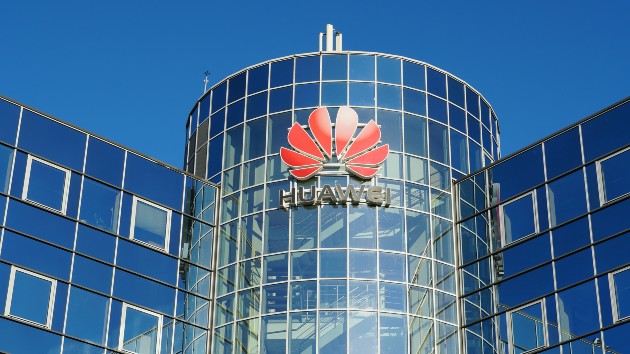 Dafinchi/iStock(NEW YORK) — Chinese tech giant Huawei is not backing down from an ongoing battle with U.S. regulators by taking new legal action on Thursday against the Federal Communications Commission (FCC) over an order it calls “unlawful.”Huawei filed a court petition to overturn an FCC order from November that bans wireless carriers in rural America from purchasing Huawei equipment through a government subsidy fund known as the Universal Service Fund (USF). The FCC has previously argued the order was imposed because Huawei poses a potential national security threat.Huawei fought back, saying in a new statement that the FCC’s order is “unlawful on the grounds that it fails to offer Huawei required due process protections in labelling Huawei as a national security threat.””Banning a company like Huawei, just because we started in China — this does not solve cyber security challenges,” Song Liuping, Huawei’s chief legal officer said at a news conference.”Huawei also submitted 21 rounds of detailed comments, explaining how the order will harm people and businesses in remote areas,” he added. “The FCC ignored them all.”Liuping accused the FCC of shutting down “joint efforts to connect rural communities in the U.S.”Glen Nager, an attorney for Huawei, added that the FCC has “has no national security expertise,” and it is not in their authority to label Huawei as a threat.”The designation is simply shameful prejudgment of the worst kind,” said Nager at the news conference.The FCC did not immediately respond to ABC News’ request for comment Thursday.Chairman of the FCC, Ajit Pai, wrote in an October blog post announcing the order to block USF funds from being used to purchase Huawei equipment that “we simply can’t take a risk” when it comes to national security.”I’m circulating an order that would prohibit the use of Universal Service Fund dollars to purchase equipment or services from any company — like Huawei — that poses a national security threat,” Pai said. “Going forward, we simply can’t take a risk when it comes to our networks and hope for the best.”In November, after the order was adopted, Pai said the agency took these actions based on “longstanding concerns from the executive and legislative branches about the national security threats posed by certain foreign communications equipment manufacturers,” he said in a statement.Pai added that Huawei has “close ties to China’s Communist government and military apparatus” and is “subject to Chinese laws broadly obligating them to cooperate with any request from the country’s intelligence services and to keep those requests secret.””Moreover, we know that hidden ‘backdoors’ to our networks in routers, switches, and other network equipment can allow a hostile adversary to inject viruses and other malware, steal Americans’ private data, spy on U.S. companies, and more,” Pai wrote.   Copyright © 2019, ABC Audio. All rights reserved.

What to expect from the new Dyson Airwrap Styler