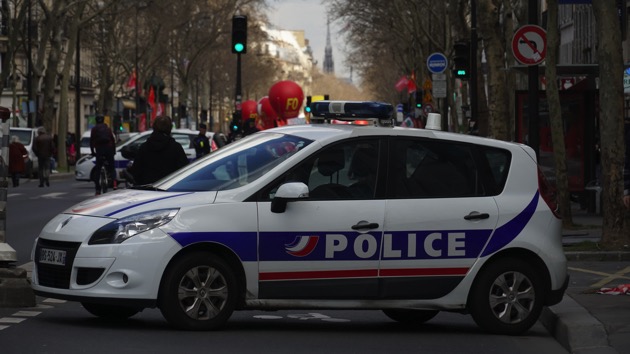 Cineberg/iStock(PARIS) — Mass strikes taking place across the whole of France against proposed pension reforms have severely impacted transportation services and brought Paris to a near standstill on Thursday.Nearly 6,000 police officers have been mobilized in the French capital to deal with the strike which is expected to be the largest the country has seen in years.Strikers from a diverse range of industries, including nurses, travel operators and lawyers, are taking part in the general strike across the country. A number of “yellow vest” protesters have also been seen taking part of in the demonstrations. 245 demonstrations are taking place across France, according to the organizers, who have currently set no end date to the general strike.The strikes are not directly linked to the yellow vest movement, which has seen anti-government protesters routinely taking to the streets, sometimes clashing violently with police, since November 2018.Instead, workers are striking against proposed changes to the country’s pension system by French President Emmanuel Macron.Macron promised in his election campaign to merge the dozens of different pensions’ schemes for different employment sectors into one universal system, which opponents say will see certain industries lose out. Under the current system, there is no fixed retirement age with pensions instead being collected after a minimum contribution period to a pension fund.That could change under the proposed reforms, laid out in a report in June by the high commissioner for pensions, Jean Paul Delevoye. The reforms have not yet been finalized, but a series of new proposals published at the end of November have sparked a wave of anger across the country.“The government is doing its utmost to limit the impact of the strike,” Edouard Phillipe, the prime minister, said in a statement.Ninety percent of train journeys were canceled nationwide ahead of the strikes, the spokesperson of the national rail service, the SNCF, said at a press conference Tuesday. There have been 285 flight cancellations and 288 delays to flights in and out of Paris, according to Flightaware.The demonstrations have also impacted key tourist attractions. The Eiffel Tower has been closed due to the national strike at the Eiffel Tower according to its website.Many Parisians have opted to cycle to work due to severe disruption to the city’s transport services Thursday. Huge crowds gathered in the city center carrying signs calling on the government to reverse the proposed pension changes.Jérôme Rodrigues, one of the key figures of the yellow vest movement, told ABC News that he felt he had no choice but to join the demonstrations.“Yellow vests invest in the present and the future,” he told ABC News. “Today we have a demonstration that corresponds to our credo … as private workers, we have so little left. We have to keep it.”Copyright © 2019, ABC Audio. All rights reserved.