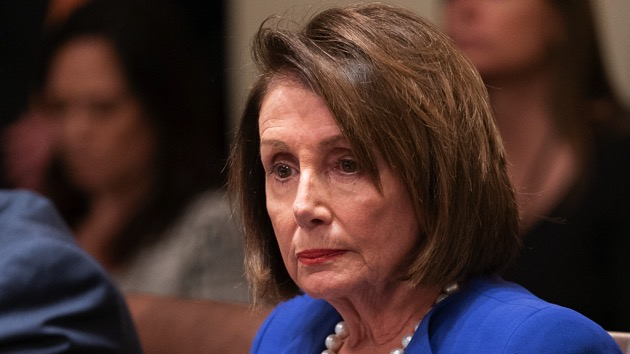 Official White House Photo by Shealah Craighead(WASHINGTON) — House Speaker Nancy Pelosi announced Thursday morning that she has instructed House Democrats to draw up articles of impeachment of President Donald Trump.”The president leaves us no choice but to act,” Pelosi said. “Today, I am asking our chairman to proceed with articles of impeachment.””If we allow a president to be above the law, we do so at the peril of our republic,” she said.Her announcement comes after several constitutional law experts told lawmakers the president had abused his power by pressuring Ukraine to open investigations that could benefit him politically.On Wednesday, three constitutional law professors selected by Democrats told the House Judiciary Committee that Trump’s conduct towards Ukraine warranted impeachment. A law professor chosen by Republicans argued that there wasn’t yet sufficient evidence to meet the constitutional standard and that Democrats were rushing to judgment.After the hearing, House Judiciary Committee Chairman Jerry Nadler, D-N.Y., said he believed the conditions for impeaching Trump had been met.Pelosi, delivered the statement from the same spot where she first announced the start of the Ukraine impeachment inquiry in September, privately discussed moving impeachment with her caucus and leadership team on Wednesday.There were no objections in the room, when Pelosi asked Democrats “are you ready?” to move forward with proceedings, according to sources familiar with the meeting.House Majority Leader Steny Hoyer, D-Md., defended Democrats’ deliberations, and pushed back on the suggestion from Republicans that a vote would be premature.“This is not rush to judgment,” he said. “We’ve got a lot of information over two and a half years from a lot of different sources, including the Mueller report.”While Democrats are still divided over the nature and scope of possible charges against Trump, House Judiciary Committee Democrats suggested they could pursue articles on abuse of power and bribery, obstruction of justice, and obstruction of Congress.Lawmakers are also anticipating a potential floor vote to impeach the president before the end of month, though leadership hasn’t made an announcement.This is a developing story. Please check back for updates.Copyright © 2019, ABC Audio. All rights reserved.