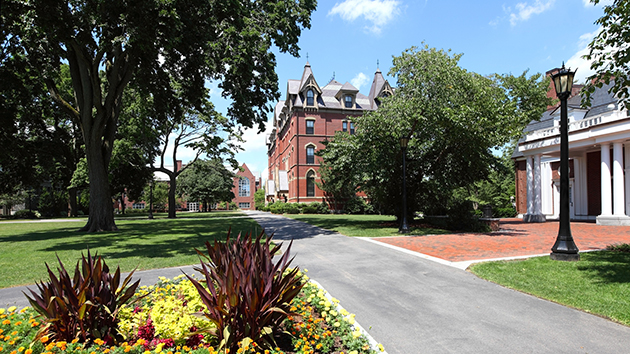 DenisTangneyJr/iStock(BOSTON) — Tufts University announced plans to sever ties with the Sacklers on Thursday, saying it would remove the billionaire family’s name from buildings and medical programs due to concerns over their reported role in the opioid crisis.University officials said the school would end its decades-long relationship with the family that owns OxyContin producer Purdue Pharma, citing concerns from students and staff about “the negative impact the Sackler name has on them each day.””Our students, faculty, staff, alumni, and others have shared with us the negative impact the Sackler name has on them each day, noting the human toll of the opioid epidemic in which members of the Sackler family and their company, Purdue Pharma, are associated,” school officials said Thursday. “We are grateful to those who have shared their thoughts with us. It is clear that the Sackler name, with its link to the current health crisis, runs counter to the school’s mission.”Daniel Connolly, an attorney for members of the Sackler family, said they’re seeking to have the “improper decision reversed.””Tufts acknowledges their extraordinary decision about removal of the family name from campus is not based on the findings of their report, but rather is based on unproven allegations about the Sackler family and Purdue,” Connolly said in a statement Thursday. “We will be seeking to have this improper decision reversed and are currently reviewing all options available to us.”Purdue is currently facing more than 1,000 lawsuits for alleged deceptive marketing and contributing to the current U.S. opioid crisis. Individual members of the Sackler family who were involved in the businesses are being sued in a small fraction of these cases.The Massachusetts university, which has held a relationship with the family since the 1980s, announced its decision in a letter co-signed by the board of trustees’ chairman, Peter Dolan, and university President Anthony Monaco.The school acknowledged the family’s many contributions, noting that the Sacklers would be “part of this institution forever” and that the university wasn’t “seeking to erase this chapter of Tufts’ history.””It is part of this institution forever, and we are committed to appropriately recognizing and contextualizing the involvement of family members over the years,” the letter said. “In taking these actions, we will more fully enable our university and medical school to move forward in support of their missions and to help the countless individuals and families who have suffered as a result of the opioid crisis.”The school also announced a $3 million endowment to support to support education, research and programs aimed at addiction treatment prevention.Copyright © 2019, ABC Audio. All rights reserved.