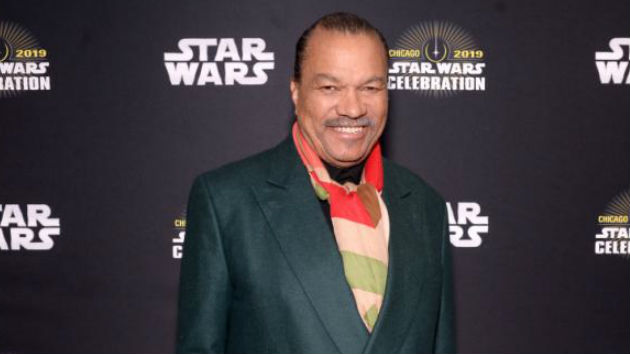 Disney(LOS ANGELES) — (NOTE CONTENT) For the record, Billy Dee Williams is not “gender fluid.” He identifies as a man. A very cute man, he specifies to The Undefeated.

Whether it be wooing Diana Ross in Mahogany, trying to sweet talk Princess Leia in The Empire Strikes Back or implying the skirt-dropping properties of Colt .45 malt liquor on TV, Billy Dee has always been seen as the quintessential ladies’ man.

Which is probably why a recent interview with Esquire in which he seemed to imply he was gender fluid went immediately viral. “…And you see I say ‘himself’ and ‘herself,’ because I also see myself as feminine as well as masculine,” he said.

However, in an interview with The Undefeated, Williams claims to have been misunderstood.

Billy Dee adds, “I’m not gay — by any stretch of the imagination. Not that I have anything against gay people.”

For the record, gender fluidity isn’t the same thing as sexuality.

That, too, made headlines, though apart from having a special bond with his droid co-pilot, there was no overt proof of that in Donald Glover’s portrayal of the young Lando in the film.

Glover, however, later joked, “How can you not be pansexual in space? There’s so many things to have sex with.”

Williams will be seen in Star Wars: The Rise of Skywalker when it debuts December 20 from Disney, the parent company of ABC News.