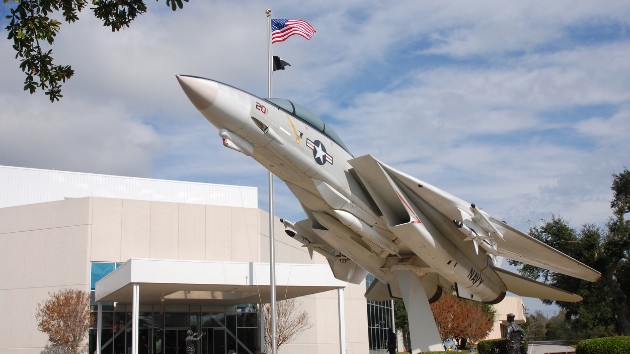 choicegraphx/iStock(PENSACOLA, Fla.) — Two people are dead including the suspect after an active shooting incident at a naval base in Pensacola, Florida, police said. Authorities responded to reports of a shooting at Naval Air Station Pensacola on Friday morning, officials said. The Bureau of Alcohol, Tobacco, Firearms and Explosives and the FBI also responded to the scene. Nine patients were admitted to Baptist Hospital in Pensacola but their conditions are unknown at this time, a hospital spokesperson said. An unknown number of injured were taken to the trauma center at Ascension Sacred Heart Hospital.The base remains on lockdown, Lt. Cmdr. Megan Isaac, a Navy spokesperson, told ABC News. NAS Pensacola, situated in Escambia County, employs more than 16,000 military and 7,400 civilian personnel, according to the facility’s website. The facility includes the Naval Aviation Schools Command, Naval Air Technical Training Center, Marine Aviation Training Support Group 21 and 23, the Blue Angels, and the headquarters for Naval Education Training Command, a command which combines direction and control of all Navy education and training. This is the second shooting incident on a Navy base in the last week. A 22-year-old active-duty sailor opened fire on three civilian employees, killing two, before he fatally shot himself at the Pearl Harbor Naval Shipyard near Honolulu on Wednesday, military officials said. The suspected shooter opened fire on shipyard personnel with his M4 service rifle and then used his M9 service pistol to shoot himself, officials said.