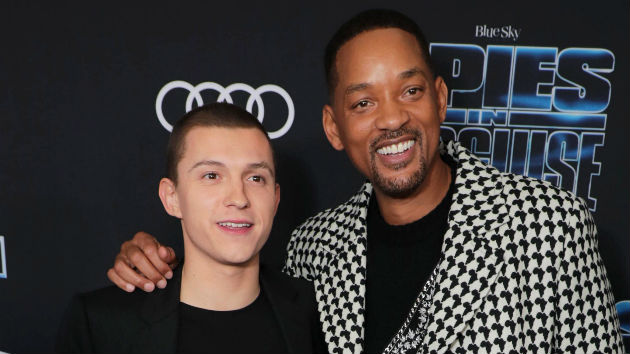 20th Century Fox/Eric Charbonneau(LOS ANGELES) — Maybe it’s not surprising considering one of them is Spider-Man, and the other’s been an action hero since the Spidey star’s been in Underoos, but Tom Holland and Will Smith reportedly crushed an escape room.

The pair can be heard as unlikely partners in the upcoming animated movie Spies in Disguise, but they never met until recently, when they decided to bond in one of those interactive environments.

“We were wanting to figure out if we really could do the stuff that we did as spies,” Smith explained to Entertainment Weekly at the premiere of the film. “We got out. It was a 1-hour escape room, and we were out in 24 minutes.”

“I think Will got the majority of the clues,” Holland confessed to EW. “I’ve never actually escaped an escape room so the secret of escaping an escape room is do it with Will Smith because he’s really good at it.”

In Spies in Disguise, Smith plays a 007-like character who accidentally gets turned into a pigeon while looking for a disguise from his gadget man, voiced by Holland.

For Holland, who in real life is an accomplished acrobat who does most of his Spider-Man flips and falls, voicing an animated character presented him with a challenge.

“[Y]ou can’t move from the mark that you’re on,” he explains. “So Walter will be falling off a building after he’s tried to do some parkour, and I’ll be doing all the moves but just not moving. …[I]t is one of the most tiring things I’ve ever done. But it’s so rewarding and I’m so proud of the movie.”Spies in Disguise, also featuring the voices of Rashida Jones, The Marvelous Mrs. Maisel’s Rachel Brosnahan, and Avengers and Jumanji veteran Karen Gillan, opens December 25.