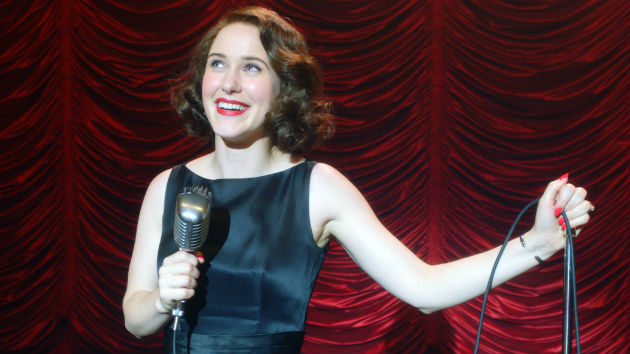 Amazon Prime(NEW YORK) — The Marvelous Mrs. Maisel is taking the show on the road for its third season, as Miriam “Midge” Maisel embarks on her very first comedy tour.The former housewife, played by Emmy winner Rachel Brosnahan, is continuing to make her stand-up comedy splash — and is inspiring those around her in the process.This season, set in the ‘60s, we’ll see Midge’s conservative Jewish mother, Rose, played by Marin Hinkle, assert her independence and begin to stand up for herself.“I feel like we all as audience can go, ‘Look at Rose, following her daughter!’” Hinkle tells ABC Audio. “And then of course, Rose herself would never be able to admit it…I think it’s very hard for her at times to admit that she even has vulnerability or that she even learns from others.”Seeing Midge follow her dreams is even pushing her ex-husband Joel — played by Michael Zegen — to be better. This season, he decides to open his own comedy club.“He has to find a purpose, he has to find a path and clearly comedy wasn’t it,” Zegen says. “And then he was working at a plastics company. That wasn’t it. He worked for his father. That’s not it either. But now with this club, I think he has a purpose and he has this path that will hopefully make him happy.” The Marvelous Mrs. Maisel — also starring Alex Borstein and Tony Shalhoub — is streaming now on Amazon Prime Video.