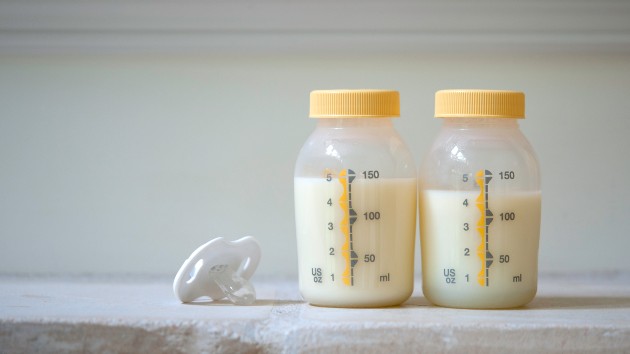 Ceneri/iStock(NEW YORK) — Parents have all sorts of parties to celebrate, well, parenting.

When baby showers for any child beyond the first became taboo, then came the “sprinkle” — a baby shower celebrating children born after the first child. The next parent party trends included the “gender reveal,” the “babymoon,” the “hatchelorette” … and now, there is the weaning party.A significant difference with the weaning party is that it’s a celebration of the end of having children, as opposed to the celebration of a birth. On the Bravo series Real Housewives of Orange County, Braunwyn Windham-Burke threw herself a weaning party to celebrate the end of breastfeeding her seventh and last child.The party appeared similar to a rowdy bachelorette party: strippers, a nipple cake and X-rated gifts.The earliest reference ABC News’ Good Morning America could find for a weaning party was from 2007, but it had a very different connotation. On the blog Journey to Here, the author wrote about planning a party to ease the transition of weaning her daughter.”A party complete with cupcakes, balloons and a birthday song sung to the words of ‘No more nee nee’s for you, no more nee nee’s for you. No more nee nee’s for Camden. No more nee nee’s for you.’ I then made her a chart that would help her countdown to her party and also help her visually see how many times she had left to nurse,” the blog reads.Breastfeeding advocacy group La Leche League International also mentions a weaning party on its website.It appears Windham-Burke may have invented her version of the party. The reactions on social media were mixed.”I love her but a weaning party … they really throw a party for anything huh?” wrote one.

“Sorry but kind of strange behaviour for a mother of 7 & women over 40 but as Tamra Judge would say ‘that’s just my opinion,"” wrote another.And while Windham-Burke appeared to have the time of her life at the party on the show, her emotions were raw during an after-show interview.She pointed out that she had been having and nursing children for 20 years and it was the end of an era.”I’m not having any more kids,” she said, choking back tears. “I would have 30 kids if I could. All I ever wanted in my entire life was to be a mom. It was a fun party, but nobody at that party realized what a big deal that [the end of her time having children] was to me. But I wasn’t really celebrating.” Copyright © 2019, ABC Audio. All rights reserved.