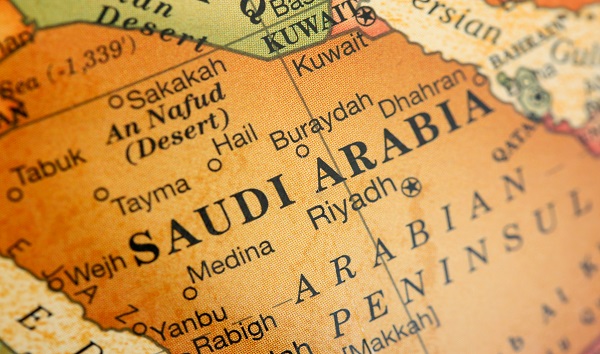 iStock(NEW YORK) — Today’s highly anticipated rematch for the heavyweight champion of the world will take place in a location that has shocked fans and caused controversy: Saudi Arabia.New York City’s Madison Square Garden and London’s Wembley Stadium were among the arenas that fought hard to host the fight. Saudi Arabia has never hosted a heavyweight bout, and neither of the boxers have a connection to the country — so to lure the fight, Saudi Arabia built a new 15,000-seat stadium in the desert in just six weeks. And the fighters’ purse is reportedly upwards of $60 million.Critics say all the money is not about promoting sports; it’s about rehabilitating Saudi Arabia’s global image given the country’s spotty human rights record.Eddie Hearn, the fight’s British promoter, says the fight will make heavyweight history despite its controversial location.“The ‘Thrilla in Manila’ in the Philippines … and the ‘Rumble in the Jungle’ in Zaire at the time — the whole world watched those fights and they went down in the history of our sport,” Hearn said. “This will do exactly the same.”Dubbed the “Clash on the Dunes,” the fight is a rematch of June’s bout between Mexican-American Andy Ruiz Jr. and Britain’s Anthony Joshua that ended with one of the great upsets in boxing history as Ruiz, a last-minute substitute, stunned the boxing world by knocking out Joshua, the Olympic gold medalist and defending heavyweight champ who entered the fight 22-0.Ruiz became the first heavyweight champion of Mexican descent, and his Cinderella victory — 11 years after failed to make the Mexican Olympic Team — swiftly made headlines and landed him on the Jimmy Kimmel show.Saturday’s fight will air exclusively on sports streaming service DAZN at 2:30 p.m. EST.Over the past two years, Saudi Arabia’s Crown Prince, Mohammed bin Salman, has publicly pursued a campaign aimed at convincing the world that Saudi Arabia was changing for the better. The kingdom launched a campaign to highlight new rights for women. Movie theaters opened for the first time in more than 35 years, and women gained the right to drive.As part of his Vision 2030 economic development program, Saudi Arabia decided to prioritize sports — particularly ones that would make headlines.In October, the country hosted the WWE’s Crown Jewel event in a multimillion dollar deal. February will mark the debut of the Saudi Cup, a horse race with a $20 million purse — the richest on record. A Ladies European Tour golf tournament and a Formula One race are also in talks to be held on Saudi soil.“They have a plan to stage the biggest sports events in that region — and they’ve been very, very aggressive,” said Hearn. “We can’t ignore the influx of money and power into the sport that’s coming [from] that region.”“I’m going out there to fight,” Joshua told ABC News. “From a fighting aspect, I know the country is making progression towards different things, and boxing is a great way to kind of showcase their country.”

But the kingdom’s kinder, gentler makeover was shattered last year when news broke that the Saudi government was responsible for the murder of Washington Post columnist and outspoken Saudi citizen Jamal Khashoggi. Since then, the country has been offering even more lavish deals to Western entertainers and sports figures.“I didn’t coin the phrase — but this is ‘sportswashing,’” Minky Worden, Director of Global Initiatives at Human Rights Watch, told ABC News. “The world heavyweight championship is just another example of Saudi Arabia’s PR attempt to gloss over human rights abuses.”Saudi Arabia’s attempts to cultivate Western sports and entertainment has been met with both success and failure. In July, rapper Nicki Minaj withdrew from a music festival following an outcry from critics of Saudi Arabia’s ban on homosexuality and its treatment of women. Earlier this week, Tiger Woods reportedly turned down a multimillion-dollar offer to play in the Saudi International tournament.For all its efforts, the country remains a monarchy ruled with firm adherence to a strict interpretation of Islamic law. A Human Rights Watch report published last month claims that numerous women’s rights advocates continue to be detained, charged with criminal offenses, and tortured for speaking out.“There have been important reforms that loosen the chokehold on women in Saudi Arabia, but women still find themselves as targets, along with dissidents and critics of the Saudi government,” said Worden.But Hearn, the boxing promoter, says those concerns can’t compete with the lure of Saudi millions.“Every promoter over the last few years has been talking to not just Saudi Arabia, but other countries in the Middle East,” he said. “Our job is to provide the best opportunities for our clients, our fighters — the most amount of money.”