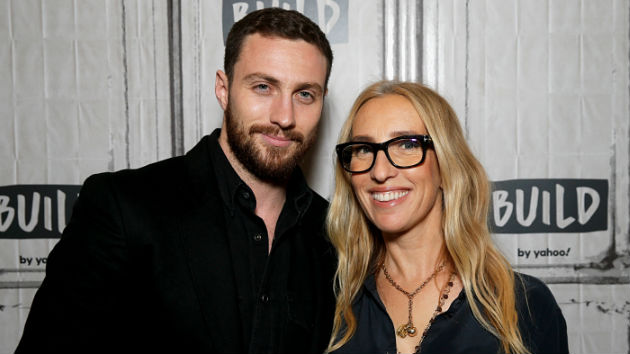 Photo by Dominik Bindl/Getty Images(NEW YORK) — Ten years after they first worked together on Nowhere Boy, husband and wife Aaron Taylor-Johnson and Sam Taylor-Johnson have teamed up again to bring James Frey’s 2003 semi-autobiographical novel about addiction, A Million Little Pieces, to the big screen. With the author’s blessing, they co-wrote the script, Sam directed it and Aaron starred as Frey. The film was shot in just 20 days.

For Aaron, it was a role he knew he wanted to play. He says he went on an “overwhelming emotional journey” while making the film, bonding with Frey and visiting the actual treatment center where his recovery all began.

“We have people close to us in our circle, close friends who are struggling with addiction and some that have come through and celebrating sobriety and some that aren’t with us anymore,” he tells ABC Audio. “So it starts to become very real and something that’s deep and rooted in that…I knew I wanted to play.

The pull of the story was similar for Sam. She wasn’t deterred by the controversy surrounding the book. Back in 2006, it was revealed that Frey had fabricated some of the events in the so-called memoir.

“[It] actually made my resolve for making this stronger, seeing that [Frey is] still sort of standing in front of us 26 years sober, despite everything you read about in the book and despite, you know, public shame, humiliation,” Sam says.

A Million Little Pieces is in theaters now.