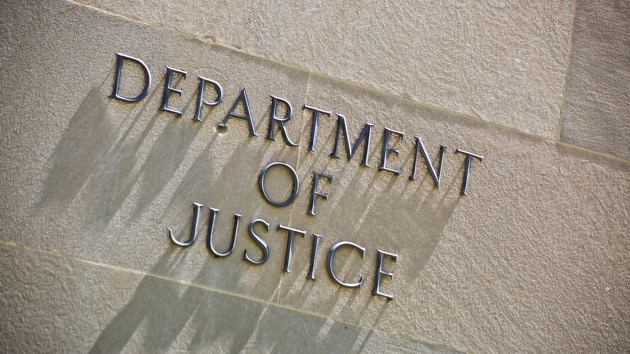 YinYang/iStock(WASHINGTON) — A major Department of Justice inspector general report released Monday has determined the FBI’s investigation into Russian interference in the 2016 U.S. election was launched with an authorized purpose, despite significant allegations of wrongdoing in how agents handled the counterintelligence probe of President Donald Trump’s campaign.The report can be read here.

Following the release of the report on Monday, FBI Director Chris Wray and Attorney General William Barr gave conflicting responses to the findings from the report.”I think it’s important that the Inspector General found that in this particular instance the investigation was opened with appropriate predication and authorization,” Wray told ABC News in an exclusive broadcast interview on Monday.Inspector General Michael Horowitz’s office found the Russia investigation was launched in July 2016 based on suspicions shared with the U.S. about former Trump campaign aide George Papadopoulos, and that it “was sufficient to predicate the investigation.””This information provided the FBI with an articulable factual basis that, if true, reasonably indicated activity constituting either a federal crime or a threat to national security, or both, may have occurred or may be occurring,” the report said.Barr, in a statement reacting to the report’s release, stated that he believed the evidence compiled by Horowitz showed that the FBI “launched an intrusive investigation of a U.S. presidential campaign on the thinnest of suspicions that, in my view, were insufficient to justify the steps taken.””It is also clear that, from its inception, the evidence produced by the investigation was consistently exculpatory,” Barr said. “Nevertheless, the investigation and surveillance was pushed forward for the duration of the campaign and deep into President Trump’s administration.”

Trump called the report’s findings “an embarrassment” and “dishonest” and said it was “a very sad day.””It’s a disgrace what’s happened with respect to the things that were done to our country,” Trump told reporters at the White House Monday afternoon. “It should never again happen to another president.”In a follow-up statement, Barr noted he was “grateful” to the foreign government that had initially provided the FBI with the information on Papadopoulos — while noting, “what was subsequently done with that information by the FBI presents a separate question.”U.S. Attorney John H. Durham too responded in a statement that “we do not agree with some of the report’s conclusions as to predication and how the FBI case was opened,” and added that “our investigation is not limited to developing information from within component parts of the Justice Department” but also included “developing information from other persons and entities, both in the U.S. and outside of the U.S.”Horowitz also determined the controversial ‘dossier’ authored by former British spy Christopher Steele was not relied upon in opening the investigation.

According to the report, Horowitz found that DOJ had an authorized purpose in investigating whether there was a crime, and noted the “low threshold” for opening such an investigation. He also noted that while former FBI lawyer Peter Strzok was involved in the decision to open the investigation, the actual authorization came from his supervisor Bill Priestap, the former assistant director of the FBI’s counterintelligence division.Horowitz said the office “did not find documentary or testimonial evidence that political bias or improper motivation influenced (Priestap’s) decision.”However, Horowitz in his year-and-a-half long investigation uncovered “serious performance failures” on the part of agents involved in the FISA applications for surveillance of former Trump campaign aide Carter Page, according to the report.While Horowitz found no evidence of political bias or improper motivation for the FISA applications for Page, he documented what he described as serious errors and omissions that “made it appear that the information supporting probable cause was stronger than was actually the case.”

The IG documented a total of “seven significant inaccuracies and omissions” in the initial FISA application for surveillance on Page, and “10 additional significant errors in the three renewal applications,” and said none of the issues were brought to the attention of the Office of Intelligence until the final application was filed in June 2017.According to the report, the FBI relied heavily on Steele’s reporting in FISA applications that the FBI failed to reassess the materials after it obtained additional information raising significant questions about the reliability of them. However, the IG noted that just because the agency believed Steele “had been retained to conduct political opposition research did not require the FBI, under either DOJ or FBI policy, to ignore his reporting.” Horowitz said the errors “raised significant questions regarding the FBI chain of command’s management and supervision of the FISA process.”

The inspector general also found that the FBI used a confidential human source to approach a “high-level” official on the Trump campaign in September of 2016 who was not the subject of investigation, but the source’s interactions with the official gleaned nothing of value.Horowitz did not back Trump’s assertions that the FBI planted agents within his campaign, and found agents “received the necessary FBI approvals” and that there’s no evidence political bias affected the use of confidential sources against Page — Papadopoulos and the unidentified Trump campaign official. But he also stated that current policies should be updated to reflect investigations of political campaigns.”We believe that current Department and FBI policies are not sufficient to ensure appropriate oversight and accountability when such operations potentially implicate sensitive, constitutionally protected activity, and that they should require, at minimum, Department consultation,” the report says.

Since last year, Republicans have zeroed in on DOJ official Bruce Ohr, whose wife Nellie Ohr had previously worked for Fusion GPS, as part of their mounting line of attacks against the Russia probe.However, the IG report concluded that Ohr wasn’t required to get ethics department approval for his work regarding the Russia investigation, though it added: “given the factual circumstances that existed, and the appearance that they created, Ohr displayed a lapse in judgment by not availing himself” of the DOJ’s ethics consultation process.Prior to its public release, the report was transmitted to Congress where lawmakers and aides reviewed it with staff from Horowitz’s office, sources familiar with the matter tell ABC News. Horowitz is set to testify on the report’s findings on Wednesday in front of the Senate Judiciary Committee.

McConnell reelected as Senate leader despite historic challenge from Scott

McCarthy clinches GOP nomination for speaker of the House despite challenger: Sources

Slavery was on midterm ballots in several states, not all voted to get rid of it