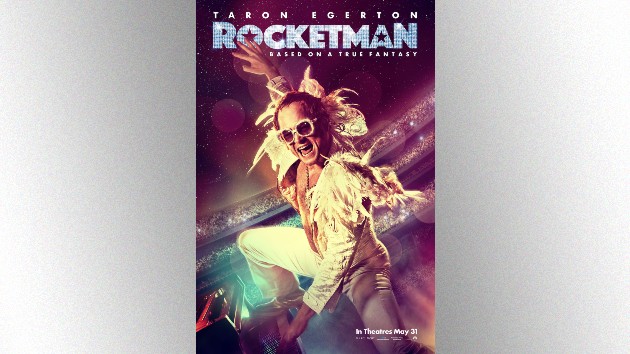 “We are thrilled to bits that Rocketman has been nominated for 3 Golden Globe Awards,” says Elton and his husband David Furnish — who’s one of the movie’s producers — in a statement.

“We are grateful to have worked alongside so many talented artists and craftspeople to bring Elton’s extraordinary  life story to the big screen,” the statement continues. “It means the world to us to have their talents recognized and honored by the Hollywood Foreign Press.”

The statement concludes, “We are ecstatic that Taron Egerton has been nominated for Best Actor in a Motion Picture Musical. He completely immersed himself in Elton’s life and delivered a magnificently powerful performance in both acting and song.”

Taupin adds, “It’s always a thrill to be part of the Golden Globes but this year is extra special given that the song is a confirmation of Elton’s survival and attached to a movie detailing our enduring relationship.”

And Egerton notes, “The chance to share Elton’s story in this way has been the opportunity of a lifetime. I am humbled by this recognition and immensely proud of the entire filmmaking team that helped bring Rocketman to life.”