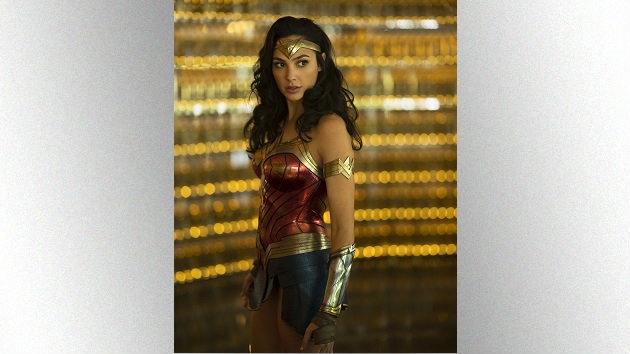 © 2018 WARNER BROS. ENTERTAINMENT INC.(LOS ANGELES) — The 80s were known as a colorful time in history, politically and culturally.  Wonder Woman 1984, which is set 70 years after the first film, sees the return of Gal Gadot as the iconic DC heroine taking on corruption and modern art.

Miraculously joining her is Chris Pine’s Steve, who perished in the first movie, which was set in World War I.  The trailer doesn’t provide an explanation as to how the pilot survived and hasn’t aged since his supposed demise.

The trailer also reveals the two villains Wonder Woman will have to fight, Pedro Pascal’s Max Lord  and Kristen Wiig’s The Cheetah.  For the latter, however, all of Wiig’s scenes show her bonding with Wonder Woman and misleading the audience about her inevitable transformation into the superhero’s archenemy.

While dazzling with an array of vivid colors and dramatic fight sequences, the trailer is not without humor.

The first look ends with Wonder Woman showing Steve an outdoor art display.  However, when the pilot stops to admire a trash can, he is hilariously informed that he is looking at just that.  “It’s just a trash can.  Yeah, yeah, yeah,” the pilot stutters before nervously moving away from the trash.

The first film, which came out in 2017, earned a record-breaking $822 million during its  global box office run.