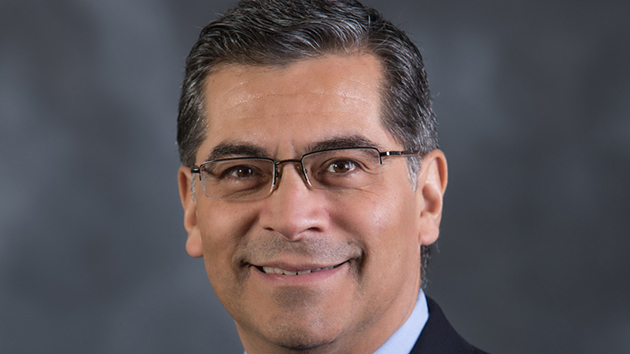 Office of California Attorney General Xavier Becerra(NEW YORK) — California Attorney General Xavier Becerra said he is “confident that the law is on our side” as he leads a coalition of states suing to block T-Mobile and Sprint from merging into one of the nation’s largest wireless carriers in a consequential trial that got underway Monday.The lawsuit from 14 state attorneys general (including the District of Columbia), led by California and New York, is one of the last hurdles T-Mobile must face before it can proceed with buying Sprint for $26 billion, and cutting the number of telecom giants in the nation from four to three.“It’s hard to believe that going from a market with four big competitors to a market with three big companies will provide the amount of competition that keeps the playing field fair for consumers,” Becerra said in a press call Monday.“The more choices we have, the more options we have to get the best, highest quality product at a fair price,” he added, calling it “common sense.”Becerra argued the merger would hurt “particularly those who can afford it least — working Americans who continue to live on tight budgets.”“We’re very confident that the law is on our side,” he said. “The T-Mobile-Sprint megamerger would leave consumers with fewer choices and higher prices.”In October, the Federal Communications Commission voted to approve the merger, and the Justice Department gave it the green light with conditions in July.FCC chairman Ajit Pai formally endorsed the merger in August, saying in his recommendation for approval that it would advance 5G, the next-generation of wireless services, across the U.S.”After one of the most exhaustive merger reviews in Commission history, the evidence conclusively demonstrates that this transaction will bring fast 5G wireless service to many more Americans and help close the digital divide in rural areas,” Pai said in a statement.Pai also argued that “the merger will promote robust competition in mobile broadband, put critical mid-band spectrum to use, and bring new competition to the fixed broadband market.”Still, the state AGs argue that reduced competition will hurt consumers, and will especially impact consumers from lower-income and minority communities.New York Attorney General Letitia James argued in a statement announcing the lawsuit in June that the merger “would particularly affect lower-income and minority communities here in New York and in urban areas across the country.”The current market is comprised of four major players: T-Mobile, Sprint, Verizon and AT&T. Sprint and T-Mobile have high market shares among low-income populations, according to Becerra’s office.If combined, they would dominate the market for prepaid mobile services, which do not require a credit check, thus hurting the low-income populations that may rely on this service, his office argued.“The megamerger of T-Mobile and Sprint would reduce competition in the mobile marketplace and be bad for consumers, bad for workers, and bad for innovation,” James said in a statement to ABC News Monday. “We simply must protect consumers from unchecked corporate dominance and make sure competition in the marketplace yields better outcomes for cell phone customers and workers alike.”Sprint declined ABC News’ request for comment Monday. T-Mobile did not immediately respond to request for comment Monday.T-Mobile CEO John Legere has previously argued that the merger will “create a bigger and bolder competitor than ever before — one that will deliver the most transformative 5G network in the country, lower prices, better quality, unmatched value and thousands of jobs,” in a statement.Sprint’s executive chairman Marcelo Claure previously referred to the day the merger received Justice Department clearance in July as “an important day for our country and, most important, American consumers and businesses.””We plan to build one of the world’s most advanced 5G networks, which will massively revolutionize the way consumers and businesses use their connected devices to enhance their daily lives,” Claure added. Copyright © 2019, ABC Audio. All rights reserved.