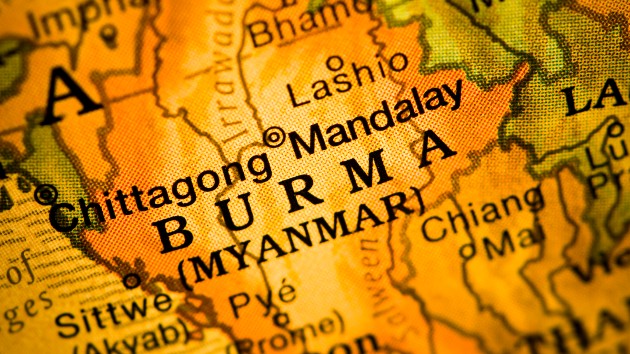 RonTech2000/iStock(THE HAGUE, Netherlands) — Aung San Suu Kyi, the leader of Myanmar, will appear at the United Nations’ International Court of Justice (ICJ) in The Hague to defend the country against accusations of genocide committed against the Rohingya ethnic minority.Suu Kyi, who became a global icon when she won the Nobel Peace Prize in 1991 and spent 15 years under house arrest, will lead the national delegation contesting the charges of genocide at the Peace Palace in the Dutch city.The Gambia, a small West African country, filed the lawsuit in November on behalf of the Organization of Islamic Cooperation, a coalition of countries with significant Muslim populations, asking the ICJ to investigate whether Myanmar’s government has violated the Geneva Convention.Suu Kyi is expected to address the court on Wednesday morning.Over 700,000 Rohingya, a Muslim-majority ethnic minority, have fled Myanmar since a campaign by the country’s military to push them out and raze their villages began in August 2017. Myanmar, previously called Burma, has denied any wrongdoing, saying that the campaign was against an Islamist extremist group.As well as being investigated by the ICJ, a separate investigation has been opened by the International Criminal Court into allegations of crimes against humanity committed against the Rohingya people.A 2017 report by the U.N. Office of the High Commissioner for Human Rights on Myanmar found the treatment of the Rohingya appears to “bear the hallmarks of genocide.” A further U.N. fact finding mission in 2018 said the human rights violations were “principally committed by the Myanmar security forces,” and recommended that they “should be investigated and prosecuted in an international criminal tribunal for genocide, crimes against humanity and war crimes.”The majority of the Rohingya who have fled the country have ended up in Bangladesh, where officials have been seeking to work with the Myanmar government to repatriate them. The U.N.’s independent investigator has said it is not safe for them to return.The Trump administration has stopped short of describing the situation as genocide, although the United States’ top official for foreign aid issued a strong warning about the lack of progress being made in an interview with ABC News in September.Suu Kyi’s appearance at the Peace Palace is a remarkable climb-down for the State Counsellor, who is the de facto head of state. Having been hailed as a beacon of hope for democracy in Myanmar for decades, and winning the Nobel Peace Prize in the process, she has been accused by human rights groups’ of being complicit in the military’s human rights violations against the Rohingya. However, her presence at the court has proved popular back home, where she is seen to be defending the national interest.The United States Holocaust Memorial Museum rescinded the Elie Wiesel Award, a recognition for confronting genocide, given to Suu Kyi in 2018.“There is a mountain of evidence that the Myanmar military has committed atrocities against the Rohingya population, yet the government of Myanmar – including Aung San Suu Kyi – has continued to dismiss, downplay or otherwise deny these accusations,” Nicholas Bequelin, Amnesty International’s Regional Director for East and Southeast Asia, told ABC News. “Aung San Suu Kyi may think she is serving the national interest by going to The Hague, but if all she does is deny or defend the military’s actions, the only interest she will be serving is theirs.” Copyright © 2019, ABC Audio. All rights reserved.