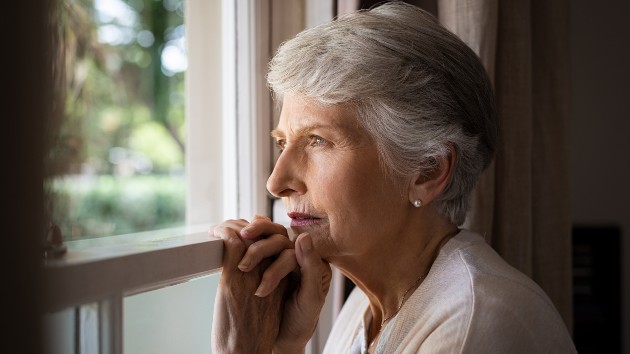 Ridofranz/iStock(NEW YORK) — In contrast to media reports in recent years about a crisis of increasing isolation and loneliness in the United States, called an “epidemic” by the former surgeon general, new research indicates that’s not necessarily true — at least for Baby Boomers.”That the narrative appears false for older adults,” said Louise Hawkley, lead author of one of two new studies, both published Tuesday in the journal Psychology and Aging.While researchers did not examine rates of loneliness and isolation among younger adults, Hawkley and her coauthors found that Baby Boomers aren’t lonelier than similarly aged adults in previous generations.In part, that’s because of misconceptions about what constitutes loneliness. Higher rates of living alone, not marrying and not being involved in community activities can all signify that people are isolated, but that doesn’t necessarily mean that people feel lonely, explained Hawkley, a senior research scientist at the University of Chicago’s National Opinion Research Center.”People can feel lonely even if surrounded by others, and people do not necessarily feel lonely even if they are alone,” she added.The new study analyzed survey data from thousands of adults in their 50s, 60s, 70s, 80s and 90s, who were born between 1920 and 1947, and compared those reports to survey data collected from Baby Boomers.The researchers found that loneliness decreased between the ages of 50 and 74, then increased after age 75.Factors like better educational opportunities, improved health and widowhood later in life may have reduced loneliness for 50- to 70-something adults.”The increase in loneliness after age 75 is likely attributable to losses that are increasingly prevalent in older age,” Hawkley said.

Declining mobility and independence in old age, as well as becoming a caregiver or widow, and grappling with the deaths of siblings and friends, are all factors that might trigger loneliness among the oldest adults.A second study, which was also published in Psychology and Aging, analyzed data from 4,880 people in the Netherlands born between 1908 and 1957, and found that older adults born in later generations were less likely to be lonely than adults born earlier. In part, that’s because they felt more in control of their lives and social environments, and more able to change them, than older generations did.As for staving off loneliness among the more than 70 million Baby Boomers who will reach old age in coming years, Hawkley thinks it’s important to understand the root cause of their feelings.For some older adults, better transportation options, or information about which social opportunities exist in the first place, could allow them to socialize more easily. For caregivers, resources and assistance that allow them to take a night off and recharge socially might help.And while loneliness can strike at any age, the most important factor is connection.

More than 3,500 Americans have died from long COVID during pandemic: CDC