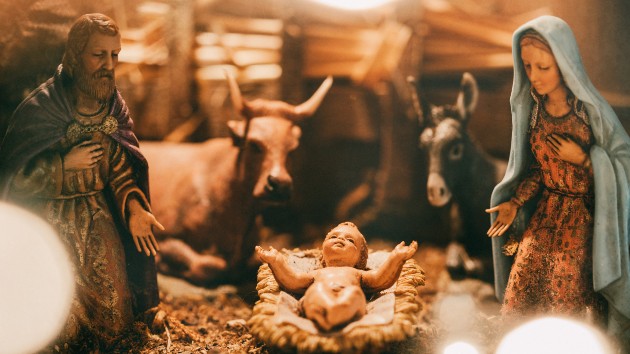 RyanJLane/iStock(LOS ANGELES) — A California church has sparked widespread debate by sharing images of a Nativity scene depicting baby Jesus, Mary and Joseph as refugees in cages in protest of the Trump administration’s immigration policies.Pastors at the Claremont United Methodist Church, located about 30 miles east of Los Angeles, shared the images on Facebook, using the display as a way to speak out against the administration’s past policy to separate families who entered the country illegally at the U.S.-Mexico border.The church’s pastor, Karen Clark Ristine, said she was “stirred to tears” when she first saw the display over the weekend.”In a time in our country when refugee families seek asylum at our borders and are unwillingly separated from one another, we consider the most well-known refugee family in the world. Jesus, Mary, and Joseph, the Holy Family,” she said in a Facebook post on Saturday. “Shortly after the birth of Jesus, Joseph and Mary were forced to flee with their young son from Nazareth to Egypt to escape King Herod, a tyrant. They feared persecution and death.”Ristine also urged her followers to imagine what would have happened if the biblical family existed in modern times, saying “What if this family sought refuge in our country today?””Imagine Joseph and Mary separated at the border and Jesus no older than two taken from his mother and placed behind the fences of a Border Patrol detention center as more than 5,500 children have been the past three years,” she wrote. “Jesus grew up to teach us kindness and mercy and a radical welcome of all people.””Inside the church, you will see this same family reunited, the Holy Family together, in a Nativity that joins the angels in singing ‘Glory to God in the highest and on earth peace and good will to all.’ Luke 2:14,” she added.The post had acquired more than 60,000 shares, comments comments and Facebook reactions late Monday with a majority of the people tapping the “love” button.”Thank you for this. Thank you for this poignant statement,” one user commented. “I hope it helps open peoples’ eyes. We are all people, we are all deserving of life, liberty, and the pursuit of happiness.”Many also took issue with the display and accused the church of attacking President Donald Trump and taking it easy on former President Barack Obama.”Why didn’t you put them up during Obama’s administration?” one person asked.Another added: “Didn’t Obama separate family? How is every thing Trumps fault?”The Trump administration has repeatedly pushed back against claims it intentionally sought to separate children from their parents at the southern border. Controversy about the separations hit a fever pitch last year when lawmakers accused the president of using migrant children to force Congress to pass immigration reform.Trump attributed the family separations to “crippling loopholes” in immigration law supported by Democrats and not the Justice Department’s “zero-tolerance” policy to prosecute anyone who crossed the border illegally. About 2,600 children were separated from their parents during the zero-tolerance policy.”Under current law, we have only two policy options to respond to this massive crisis. We can either release all illegal immigrant families [of] minors who show up at the border from Central America or we can arrest the adults for the federal crime of illegal entry,” the president during a June 2018 speech. “Those are the only two options, totally open borders for criminal prosecution for lawbreaking. And you want to be able to do that. If we don’t want people pouring into our country. We want them to come in through the process, through the legal system and we want ultimately a merit-based system where people come in based on merit.”The government has since changed the policy — with Trump signing an executive order in June 2018 — and said separations only happen when a parent has a criminal history or is unfit to care for a child.The Obama and George W. Bush administrations only separated families tied to serious crimes, such a drug trafficking.