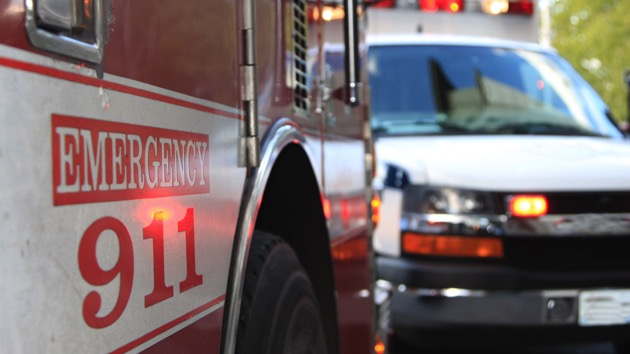 katifcam/iStock(WHIDBEY ISLAND, Wash.) — When the car they were riding in careened off a dark road in Washington and plummeted down a steep embankment killing their father, 4-year-old twins Rosaline and Aurora Simmons realized they had to escape the wreckage fast and “go home to get mommy,” police and relatives said.The little girls knew their father, Corey Simmons, was badly hurt and unconscious, but they mustered the courage to free themselves from their booster seats and climbed up to the road where they drew the attention of a good Samaritan, authorities said.”Just the bravery that these little girls showed to get their dad some help is absolutely heroic in my mind,” Trooper Heather Axtman of the Washington State Patrol told ABC affiliate station KOMO-TV in Seattle. “Most little kids are scared of the dark and most little kids are scared of the woods and they overcame both of those fears that little kids have in order to commandeer help and I find that so incredible.”The crash occurred at 6 p.m. on Friday on a rural road on Whidbey Island, Axtman said. Corey Simmons, 47, who was driving his daughters home, apparently lost control of the vehicle, sending it careening off the road, plowing through trees and down a 20-foot embankment, Axtman said.”After the crash, the twins … got themselves out of the booster seats, checked on their dad and realized dad was in need of help,” Axtman said. “He wasn’t talking back to them — sadly he had suffered a traumatic head injury. [The twins] crawled out the back of a broken window to get back up to the roadway.”A driver spotted the girls by the side of the road and stopped to help, Axtman said.”Right when she passed the area, she happened to see the two 4-year-old twins — just tiny little girls that are in the dark by themselves,” Axtman said.The good Samaritan told troopers that the girls appeared cold and scared, and kept saying, ‘My daddy, my daddy,"” Axtman said.”At that point, she knew something tragic had happened. But she couldn’t see the car because it had gone so far off the road,” Axtman said of the driver.By the time medics arrived, the girls’ father was dead. Troopers said he was not wearing a seat belt.She said the girls suffered minor injuries and were treated at a hospital, where they were reunited with family members.”The bravery that they showed — I just hope that they are surrounded with the knowledge to keep that bravery and don’t lose that because it will take you places,” Axtman said.Rose Simmons-McGahuey, the girls’ great aunt, said Rosaline and Aurora are “traumatized” over their father’s death and are trying to process all they went through.“I think they thought, we’ve got to do this, we’ve got to go home to get mommy,” Simmons-McGahuey told KOMO at the scene of the crash that claimed the life of her nephew.Simmons-McGauhuey described Corey Simmons as a “a good man” who was devoted to his daughters. She said she and other relatives nicknamed him the “family butterfly” because he touched everyone with his laughter and larger-than-life personality.”We are going to keep Corey alive for those two little girls cause I’m afraid they are going to forget him,” Simmons-McGahuey said. Copyright © 2019, ABC Audio. All rights reserved.

Arrest made after Microsoft executive, father of 4 gunned down in ‘targeted ambush’: Police

Monterey Park, Half Moon Bay mass shooting suspects in their 60s, 70s: What to know about older gunmen